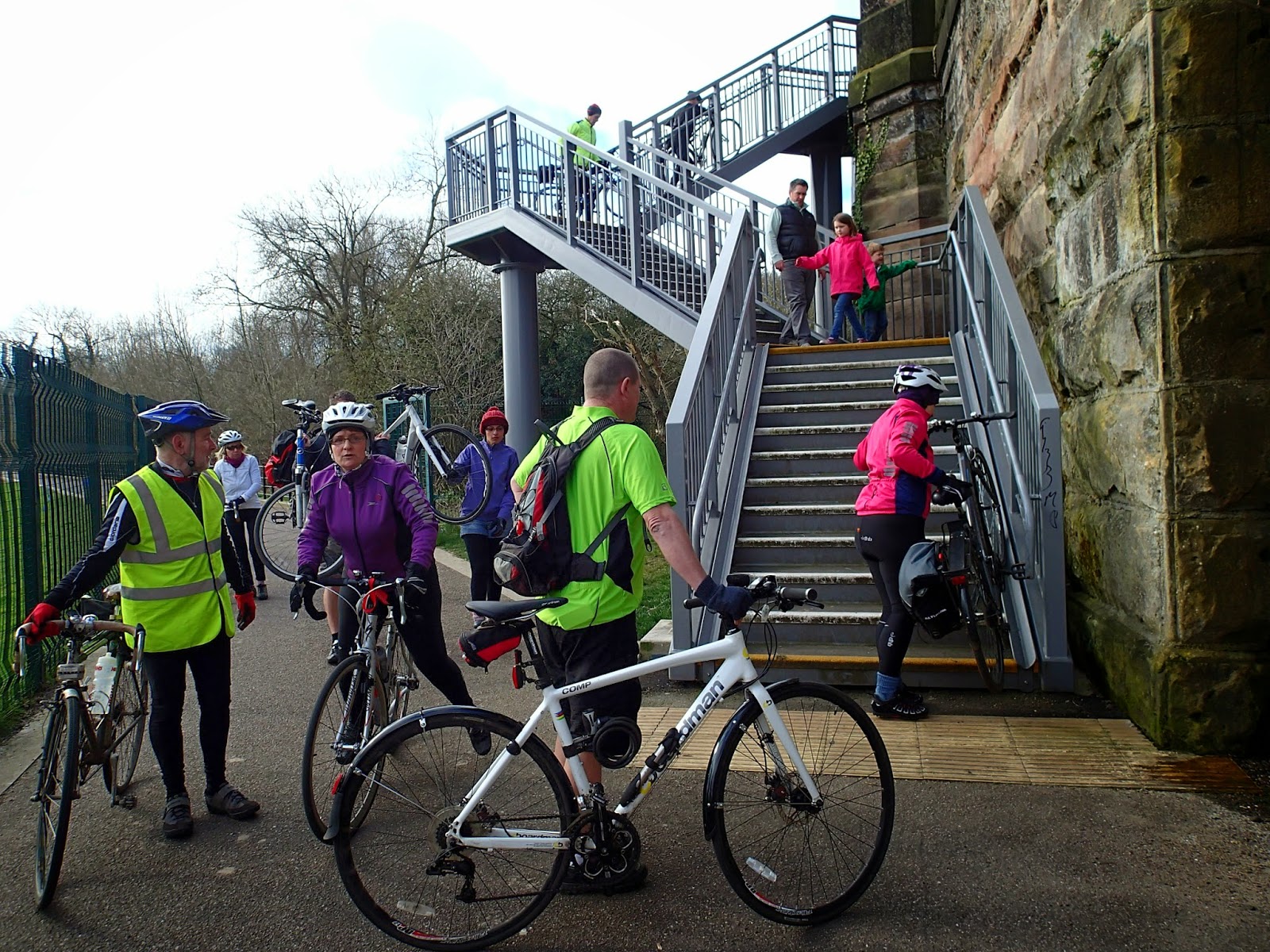 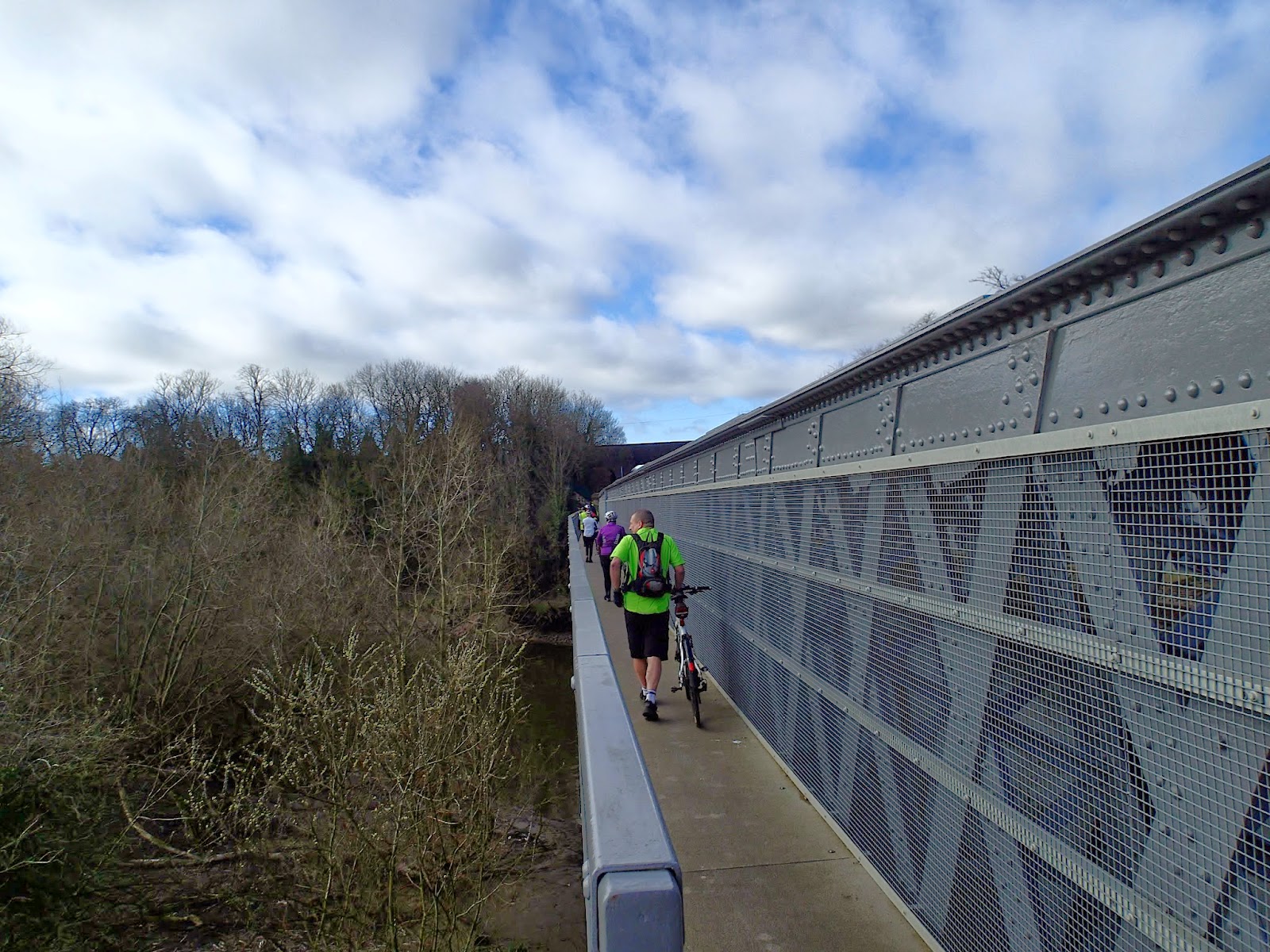 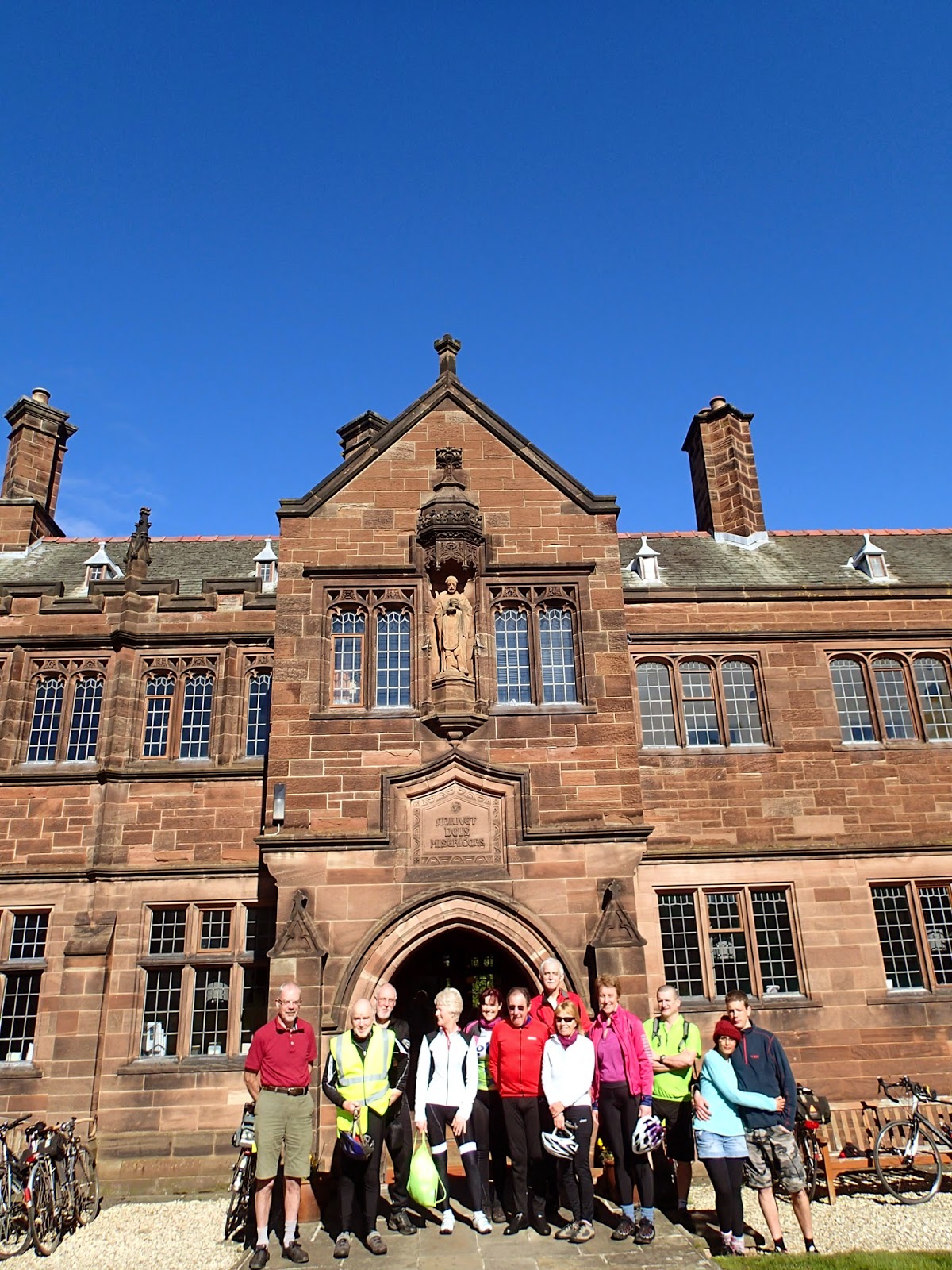 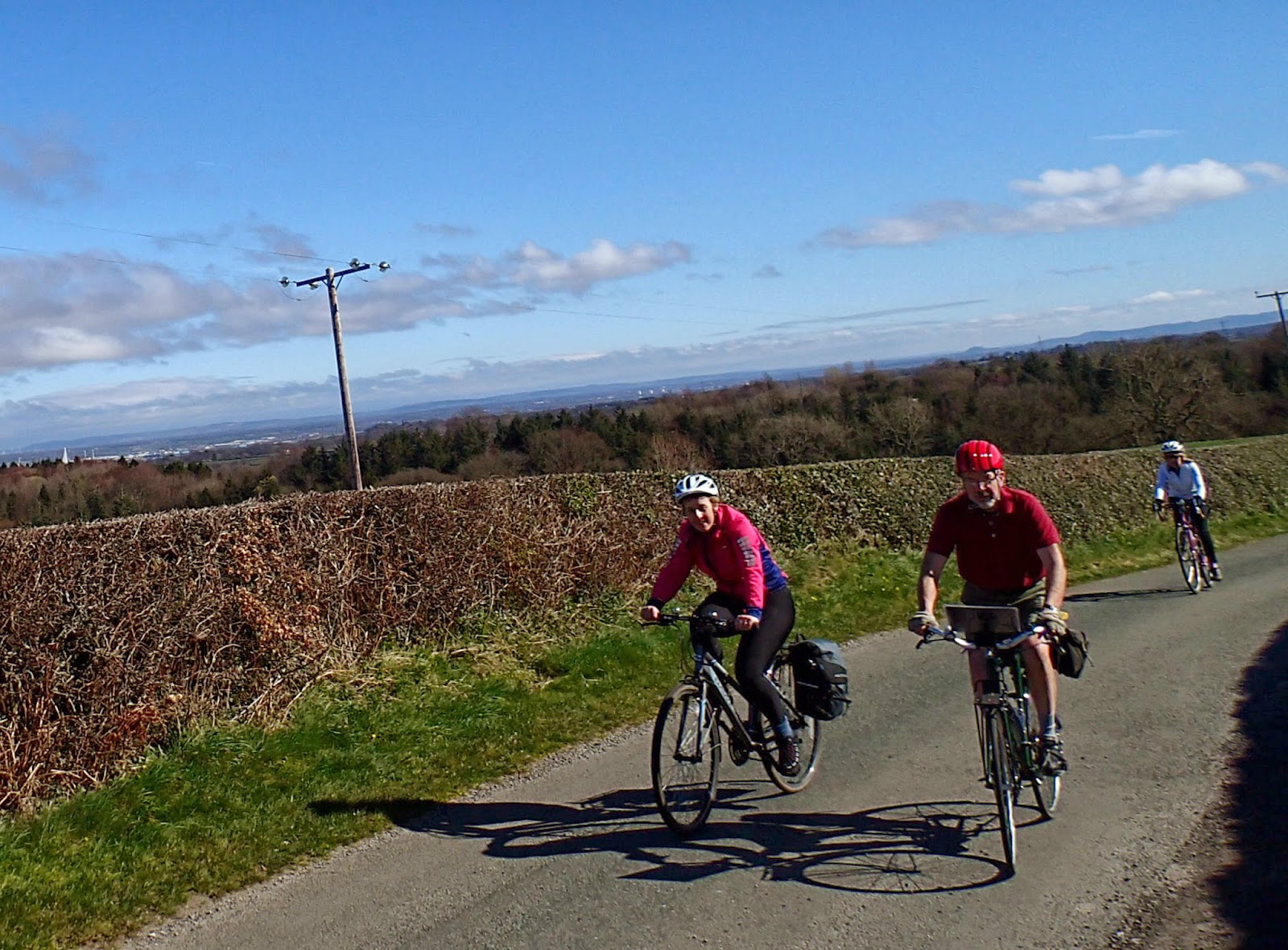 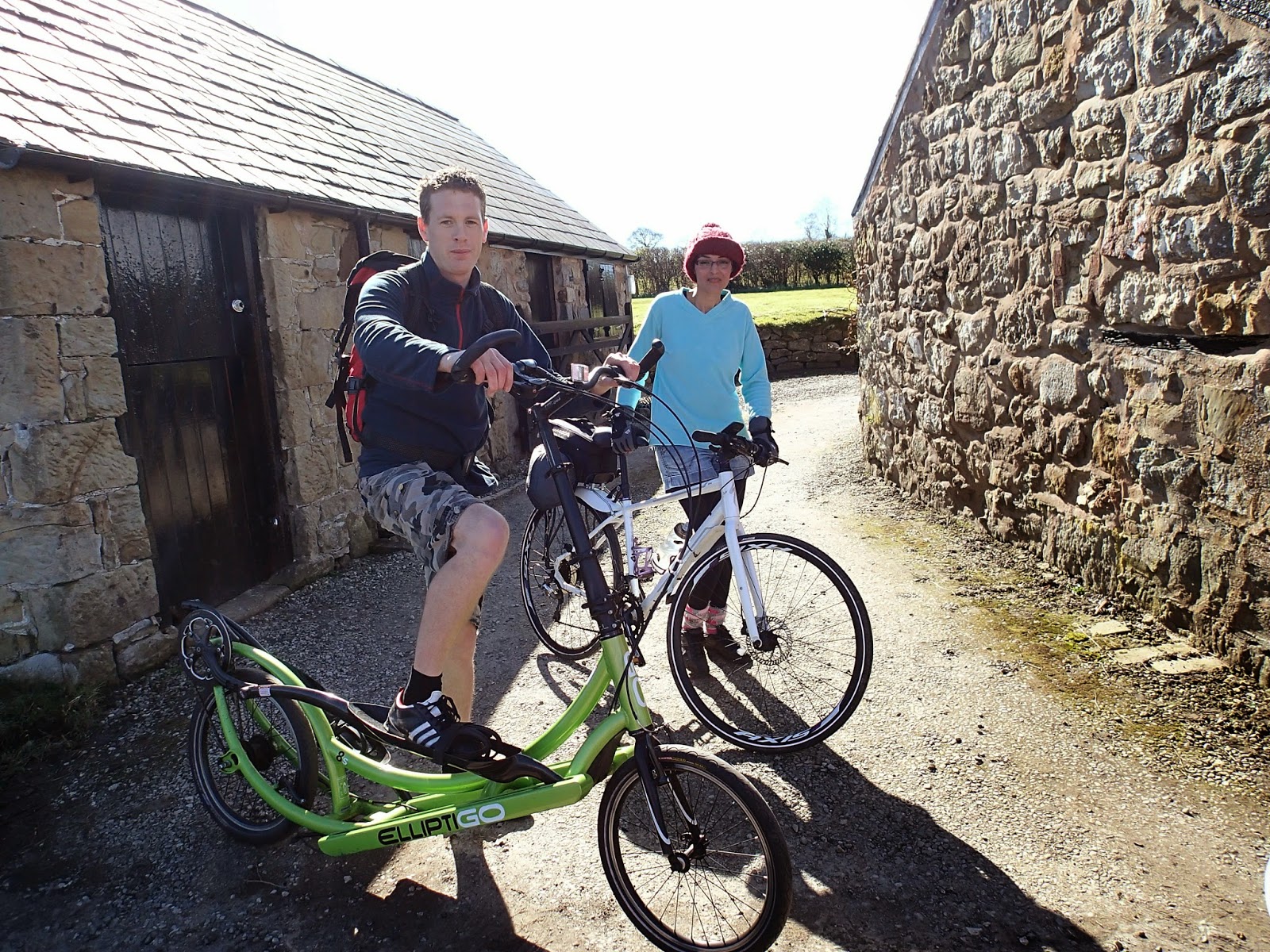 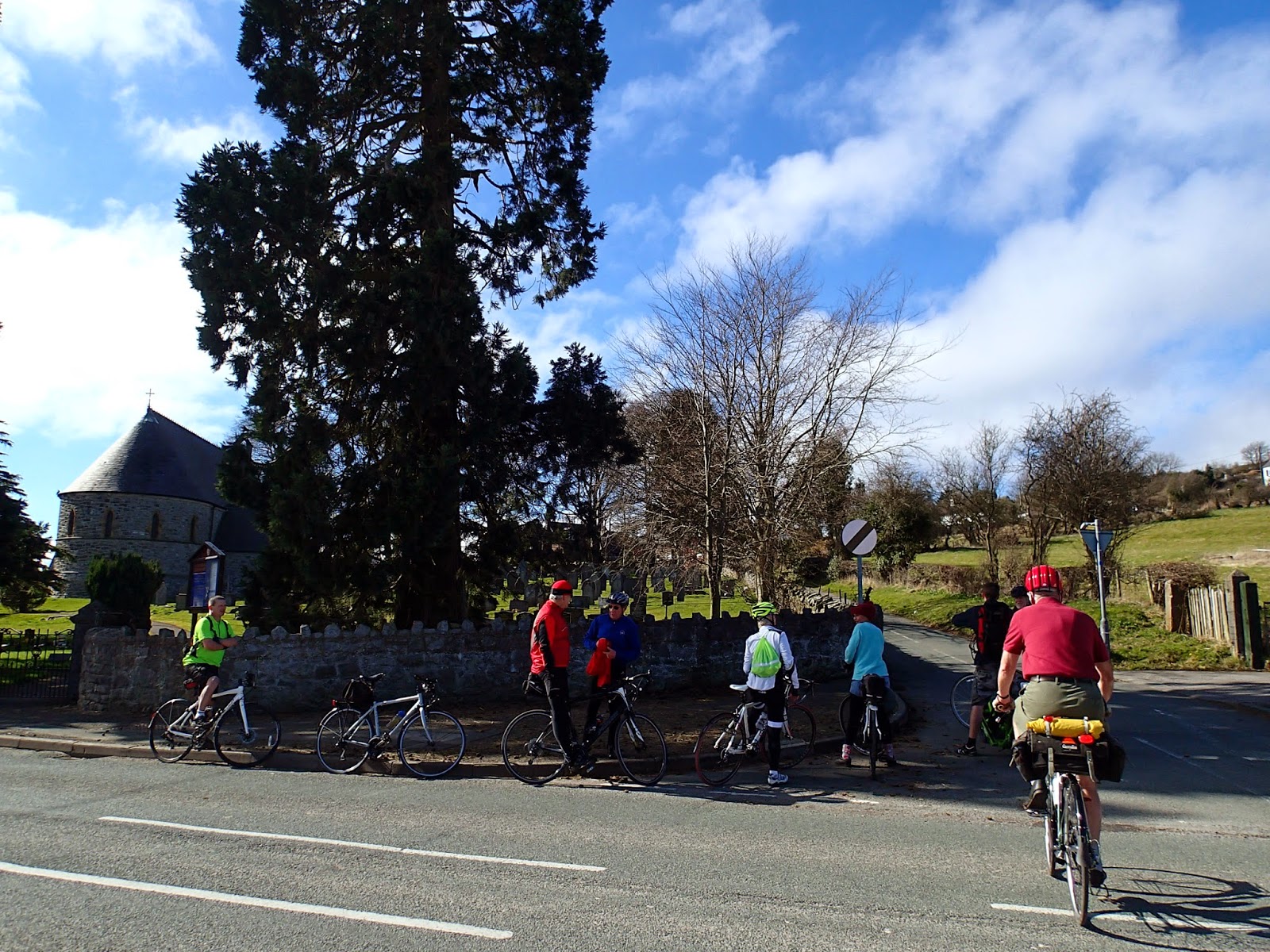 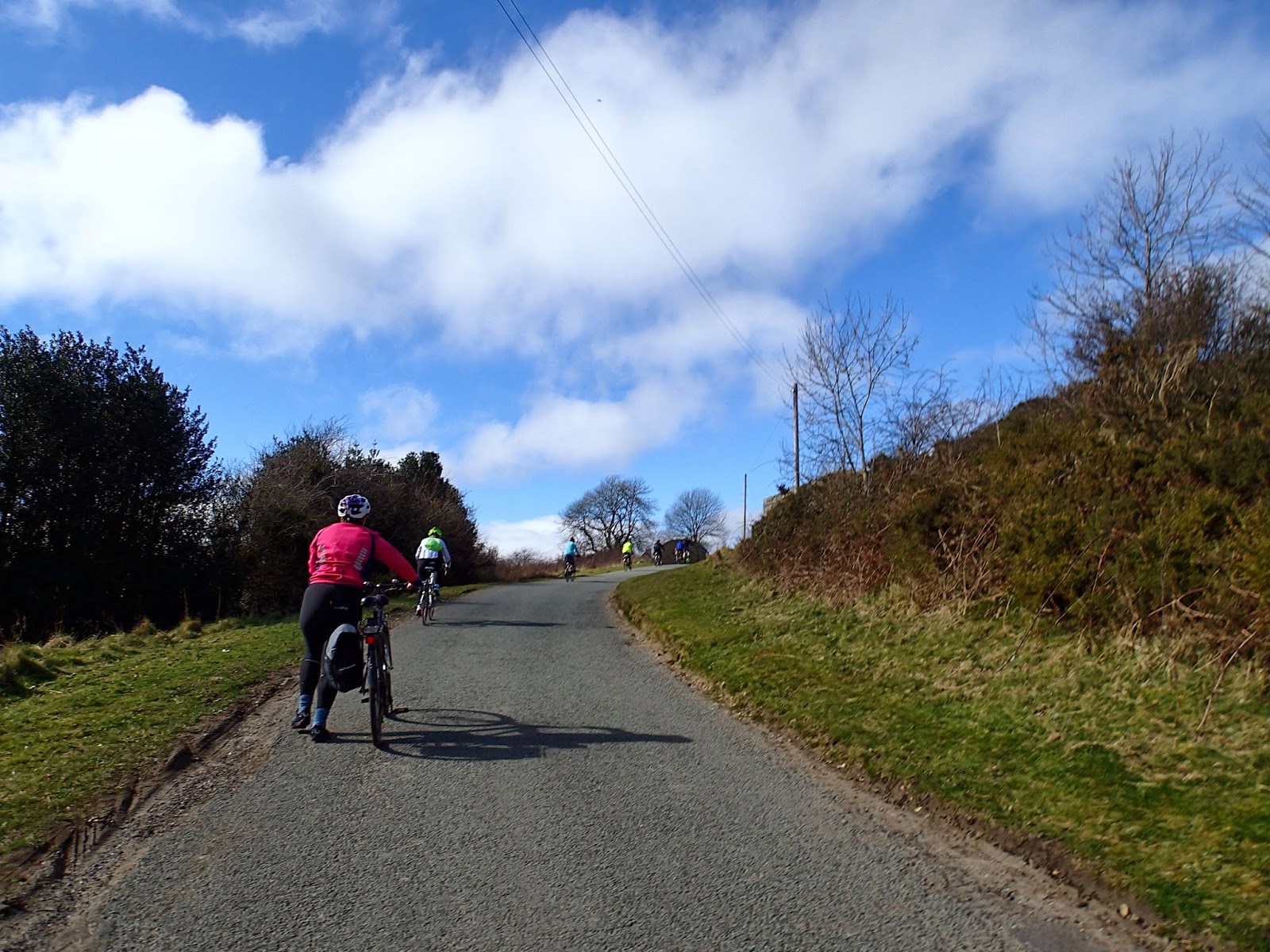 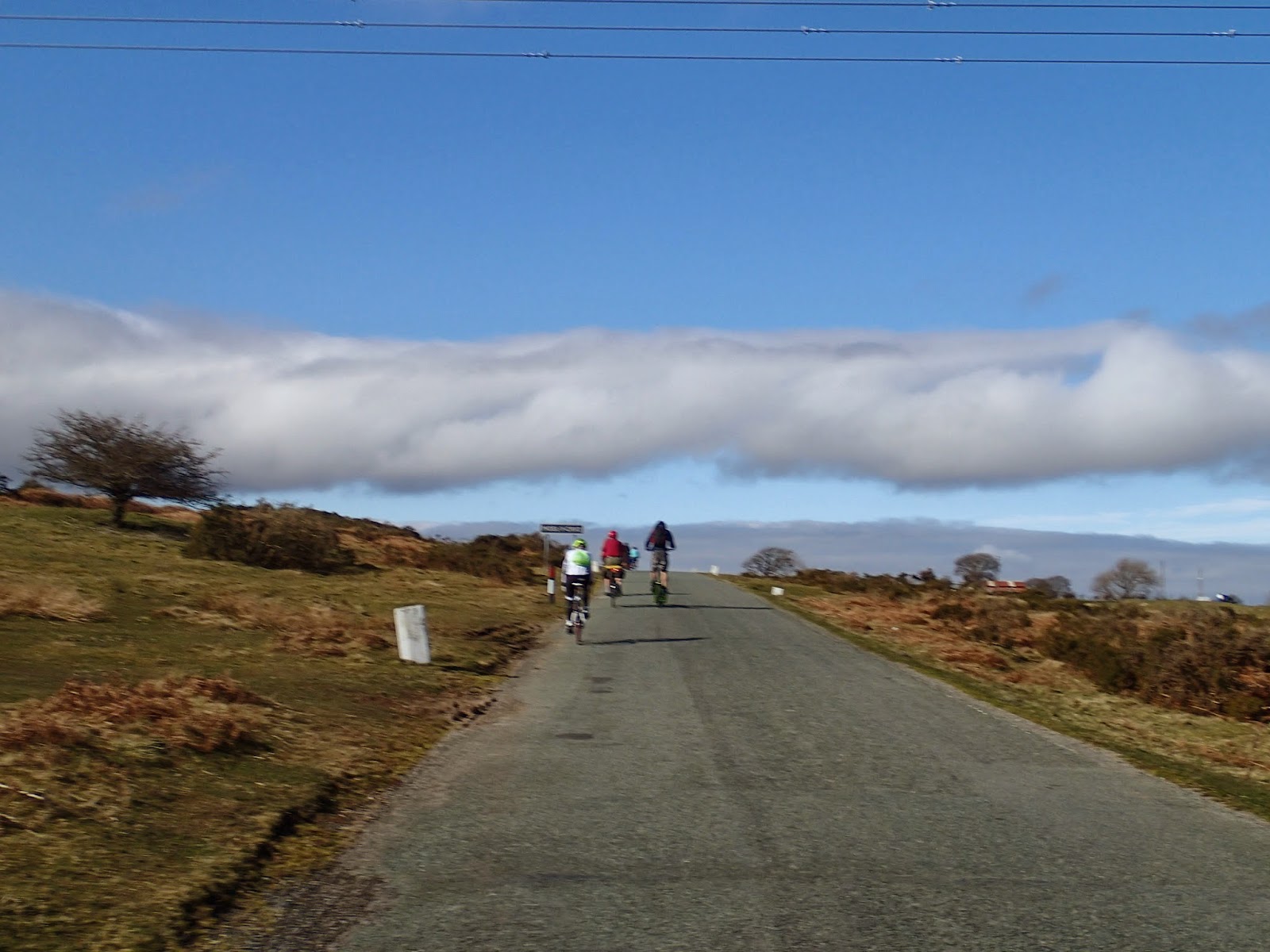 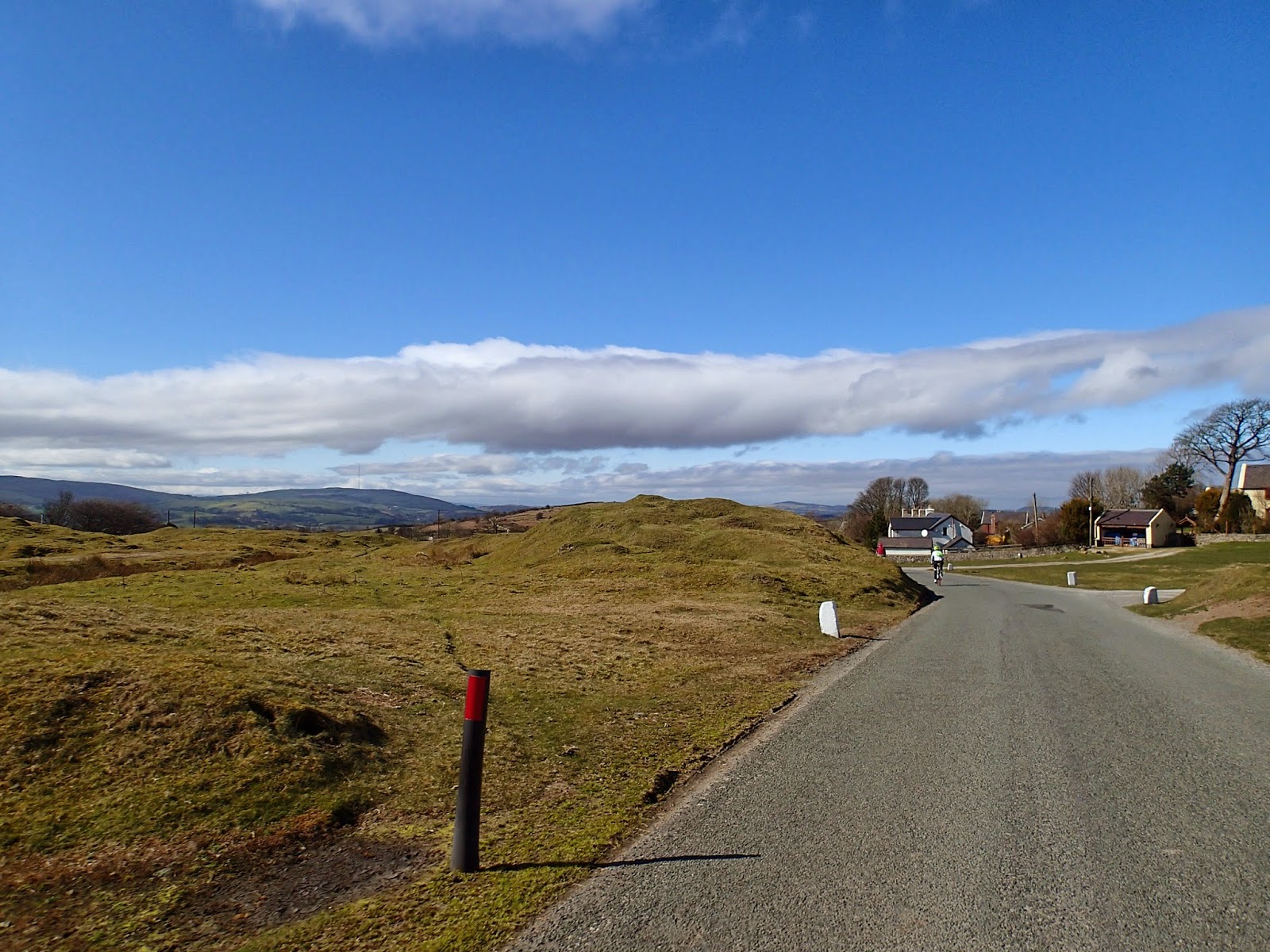 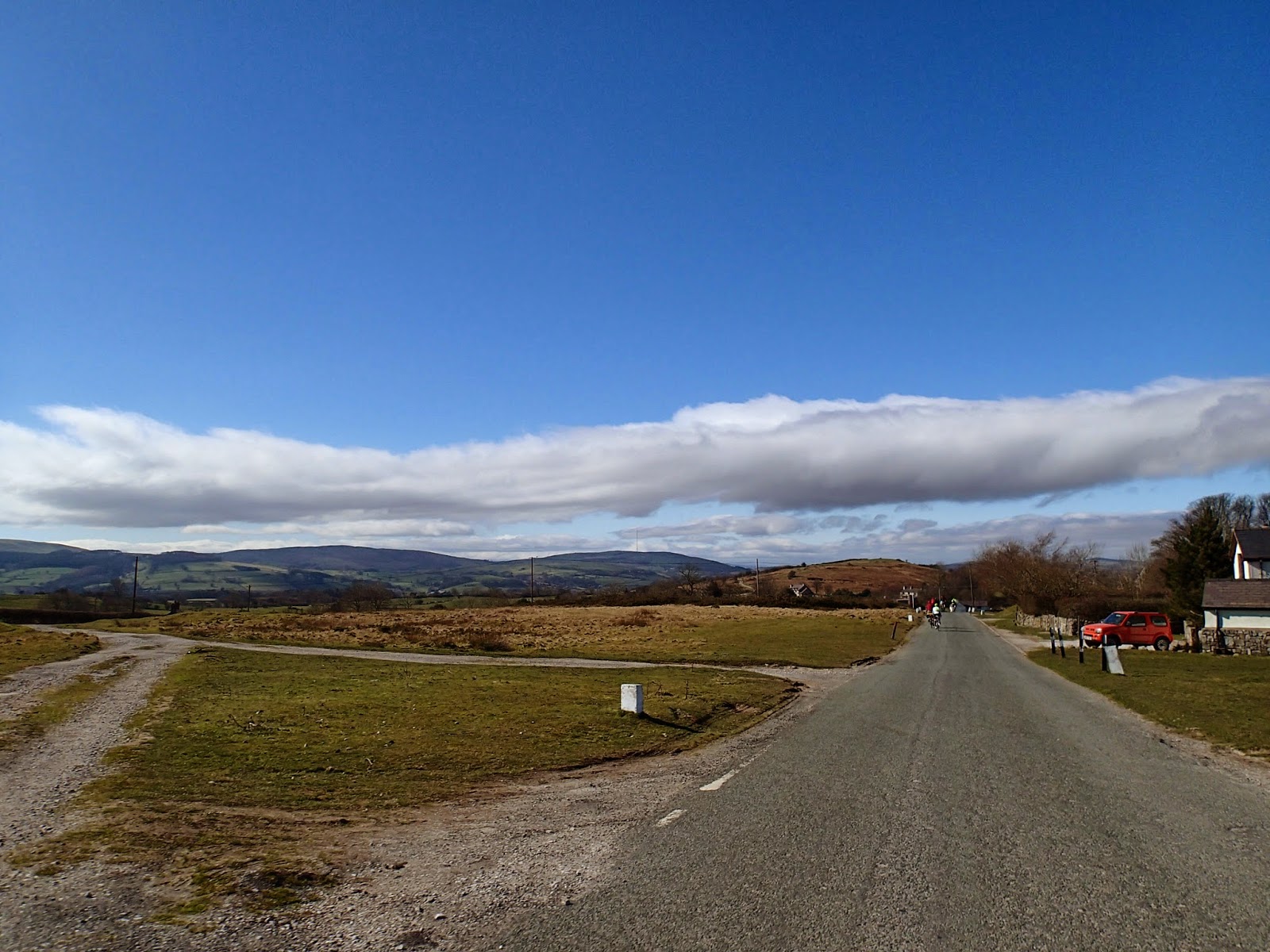 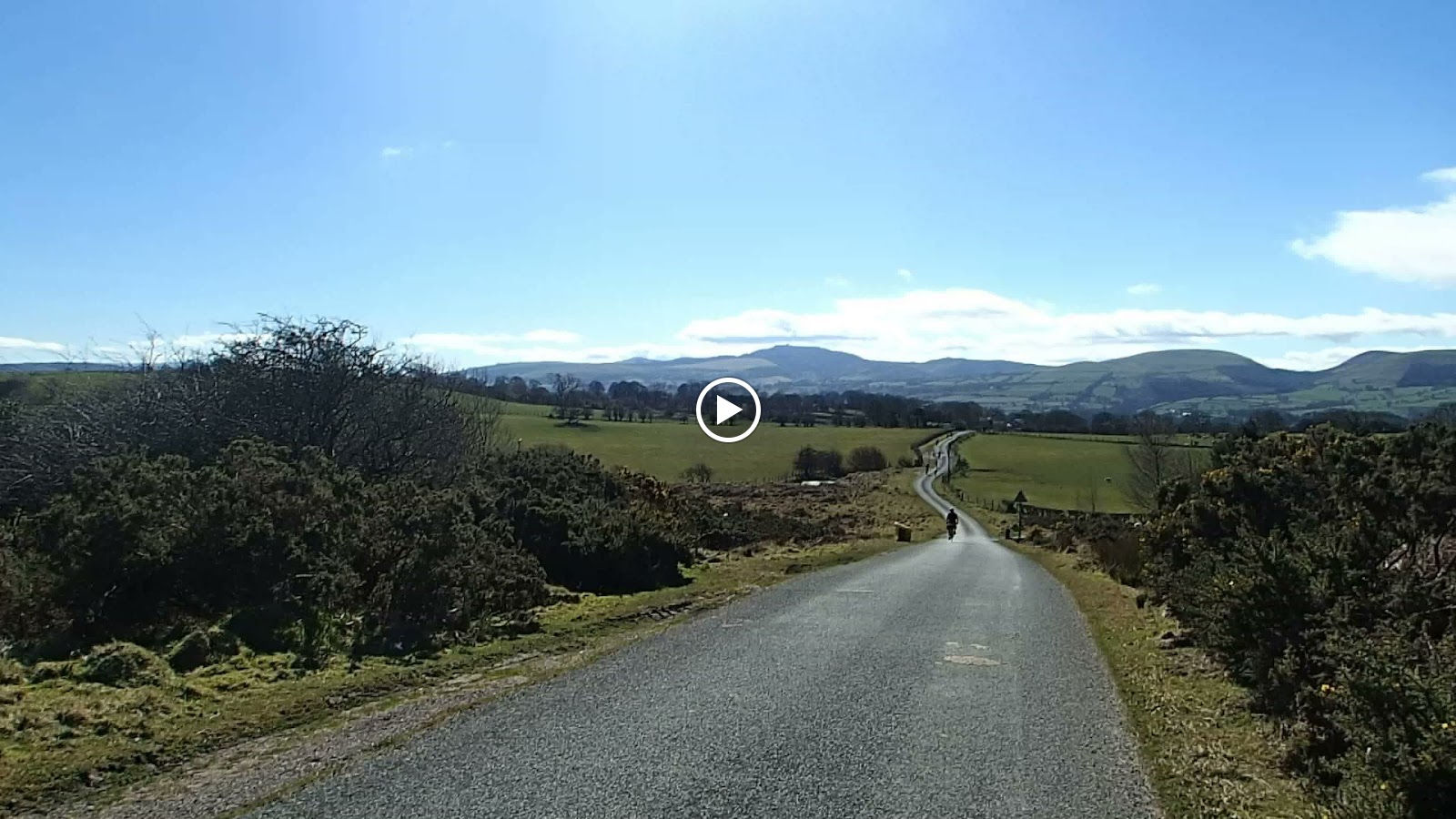 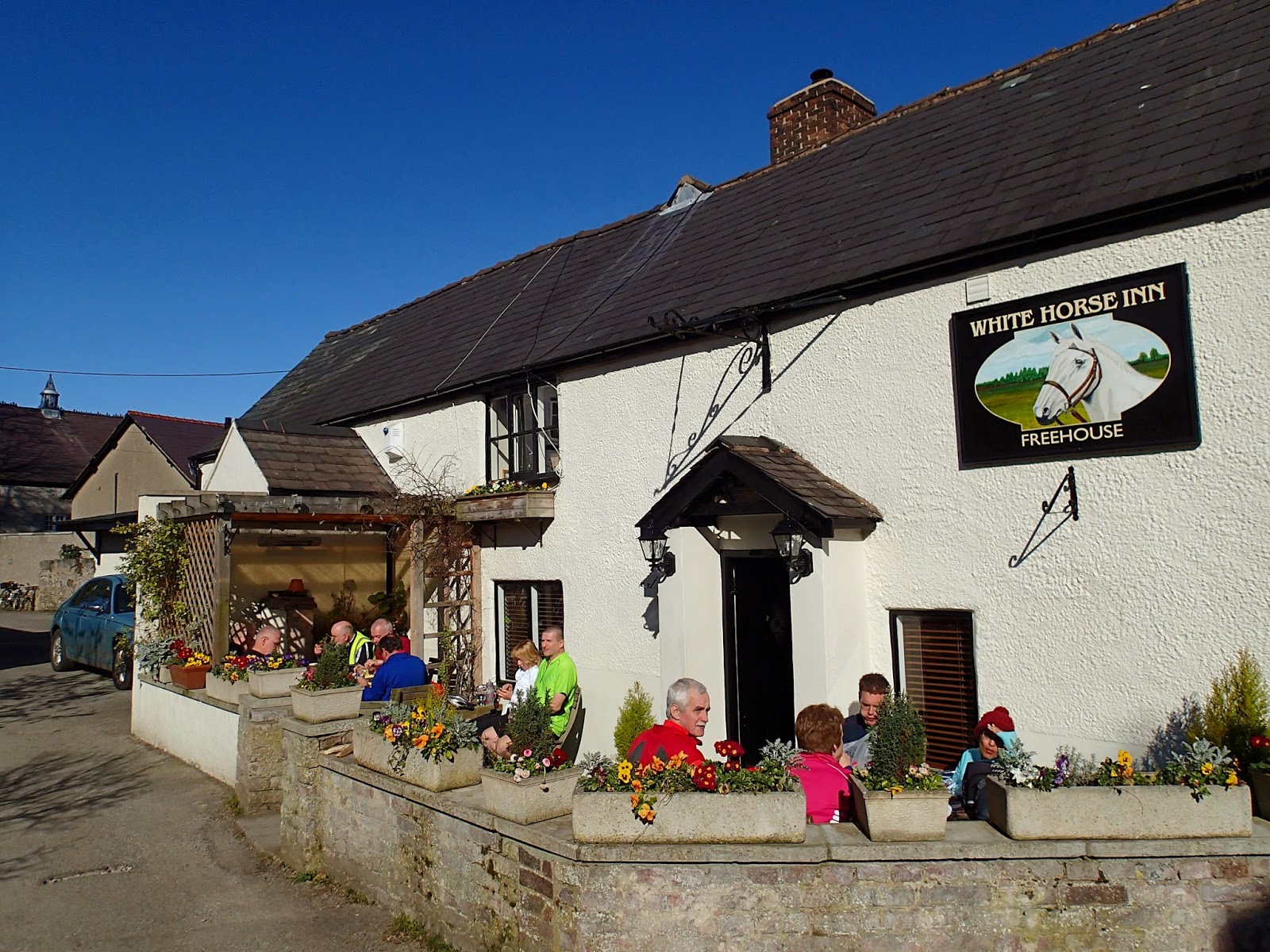 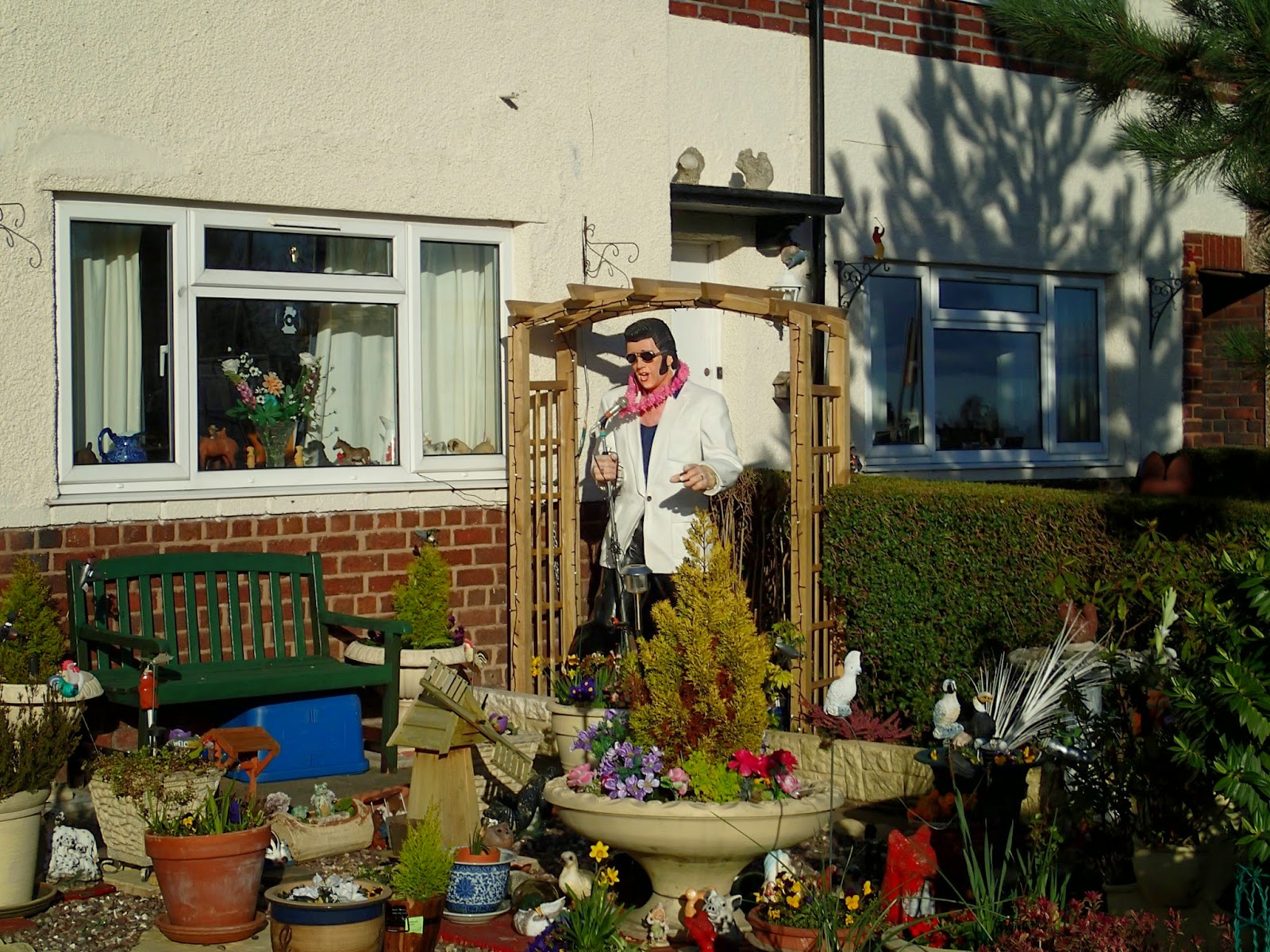 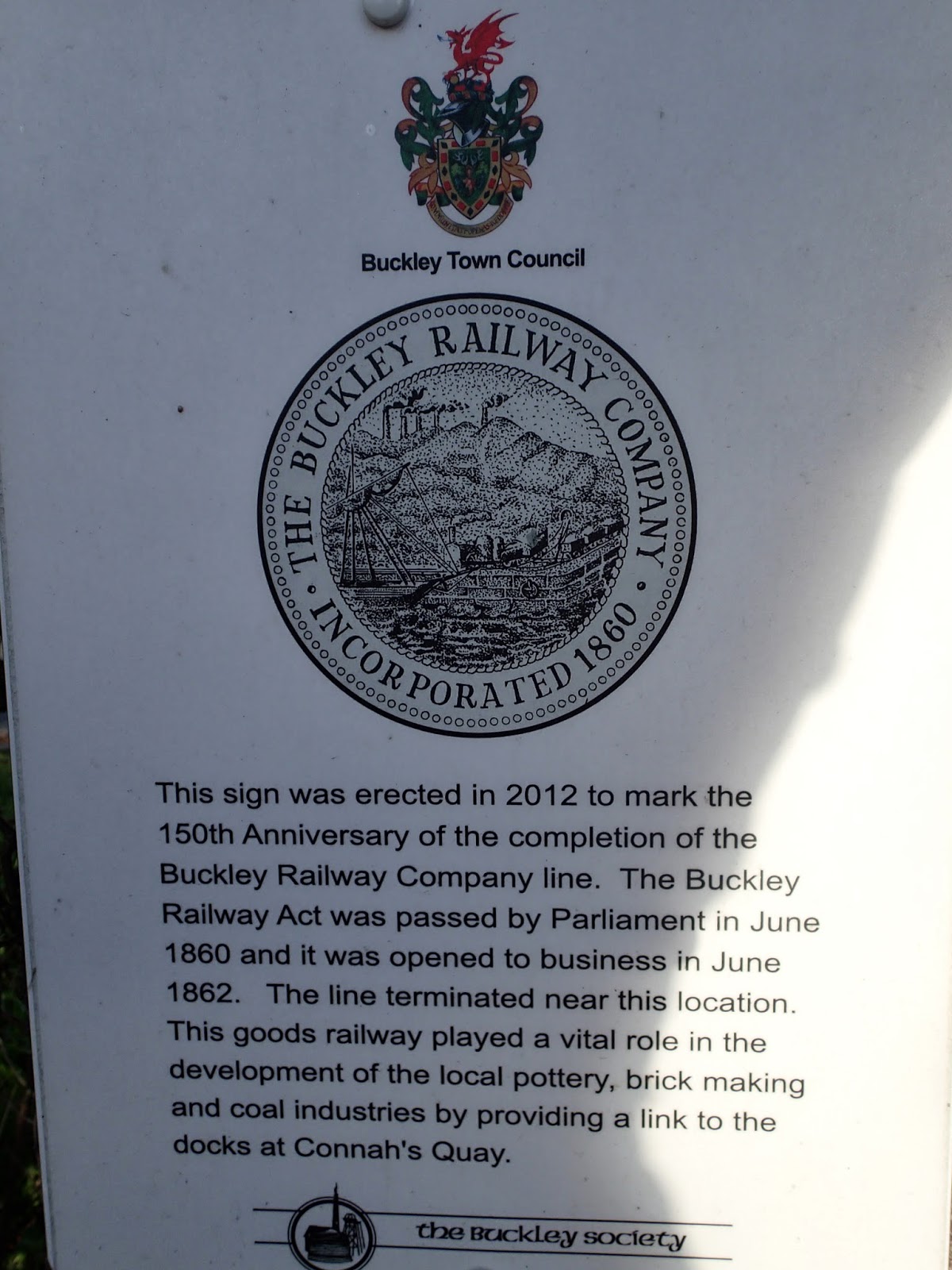 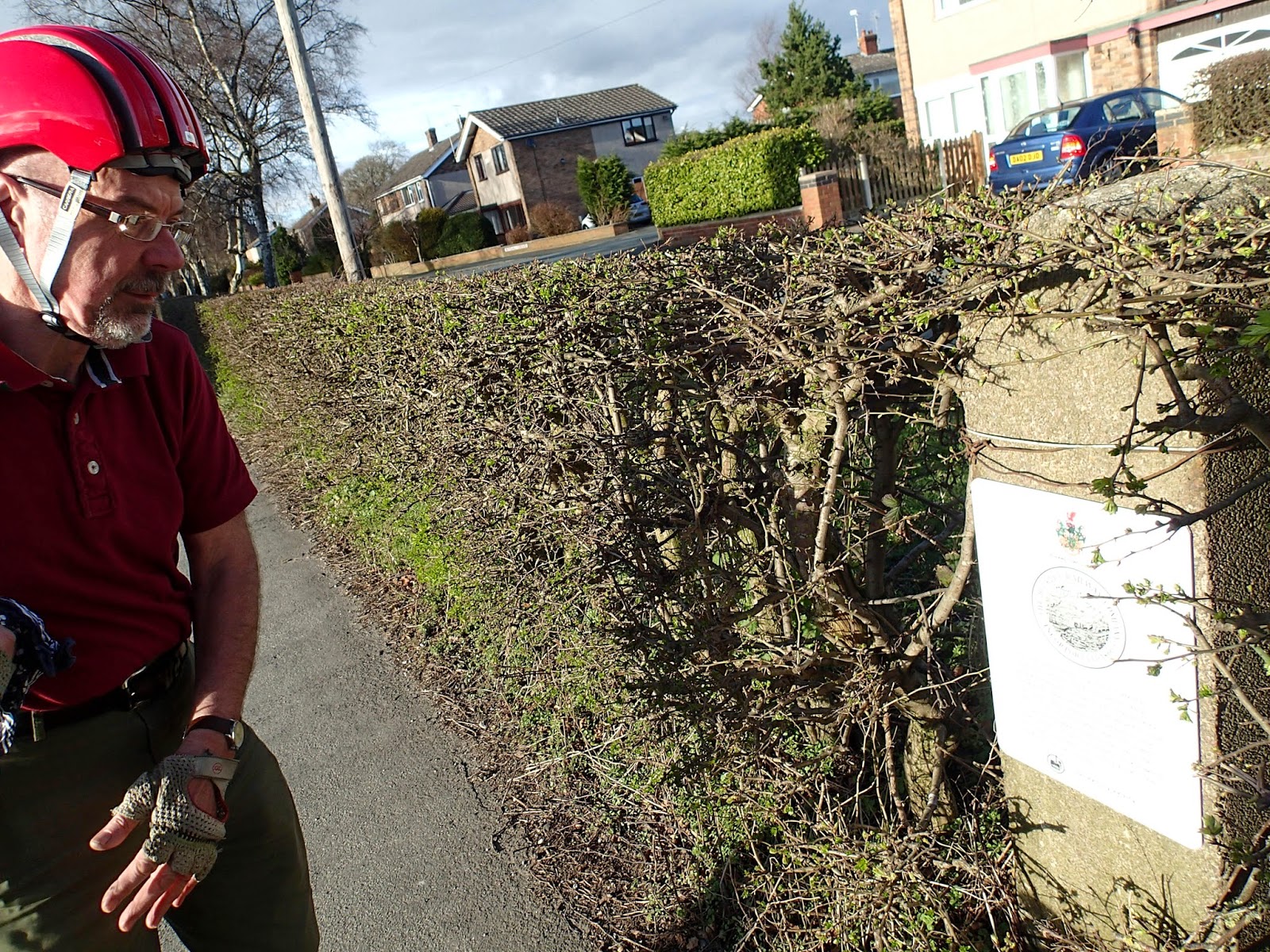 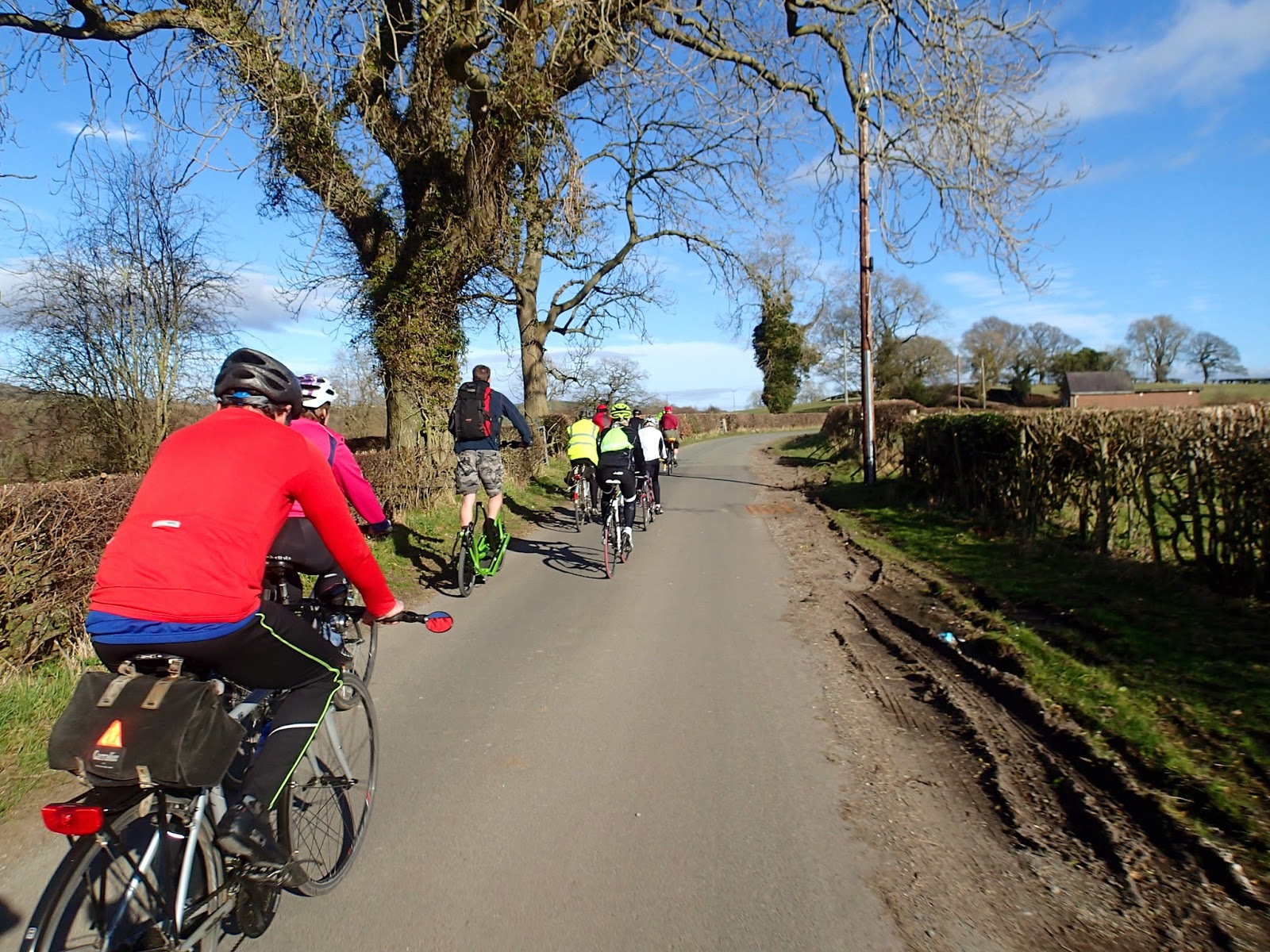 March - it has stopped raining for a few days, but today promised rain by 3pm.  Or so I was led to believe.

Eight riders congregated at the Town Hall, before Hazel led us away up Northgate Street.  A nice mixture of faces that have not been out in a while, and some usual riders.  A lot of people seem to be on holiday.  No start photo - due to a coffee mistake I was still trying desperately to sup my hot black coffee at 10 past!

We made straight to morning coffee at Manley Mere, where we found John and Martin.  A very pleasant coffee break, discussing forthcoming rides in the year,and trying to explain to Martin that a night ride starting at 10pm is a good idea really!  (See June planned rides).

Then it was raining - a bit earlier than expected, but just damp really.  We climbed up to Manley common,then more ups and some great downs.  The area behind Manley, and Frodsham, sort of to the northish of Delamere is really very quiet and rolling - lots of hidden valleys, very pretty. 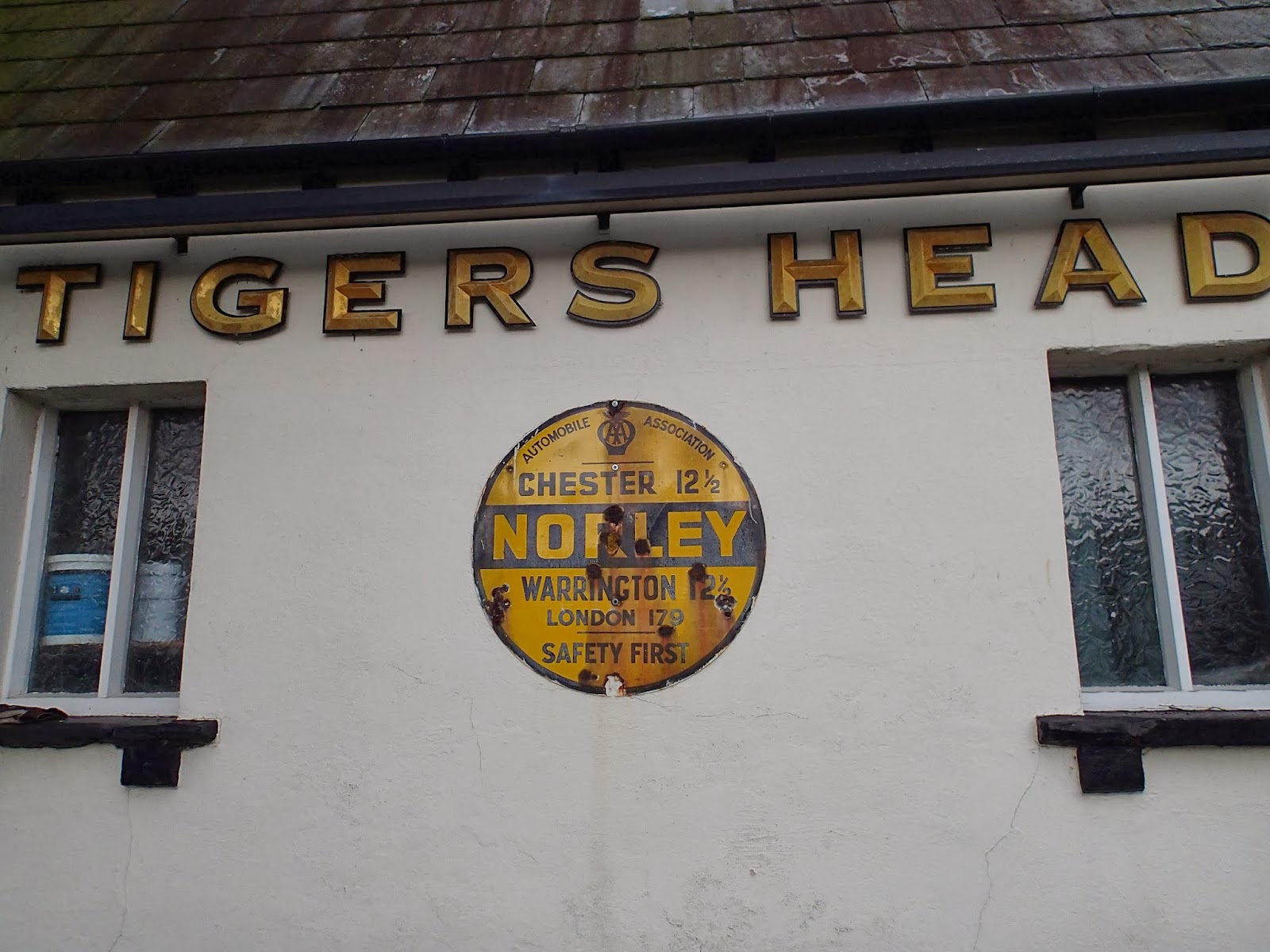 We arrived at the Tigers Head, but there was another party in so lunch was a little delayed - very nice when it arrived. 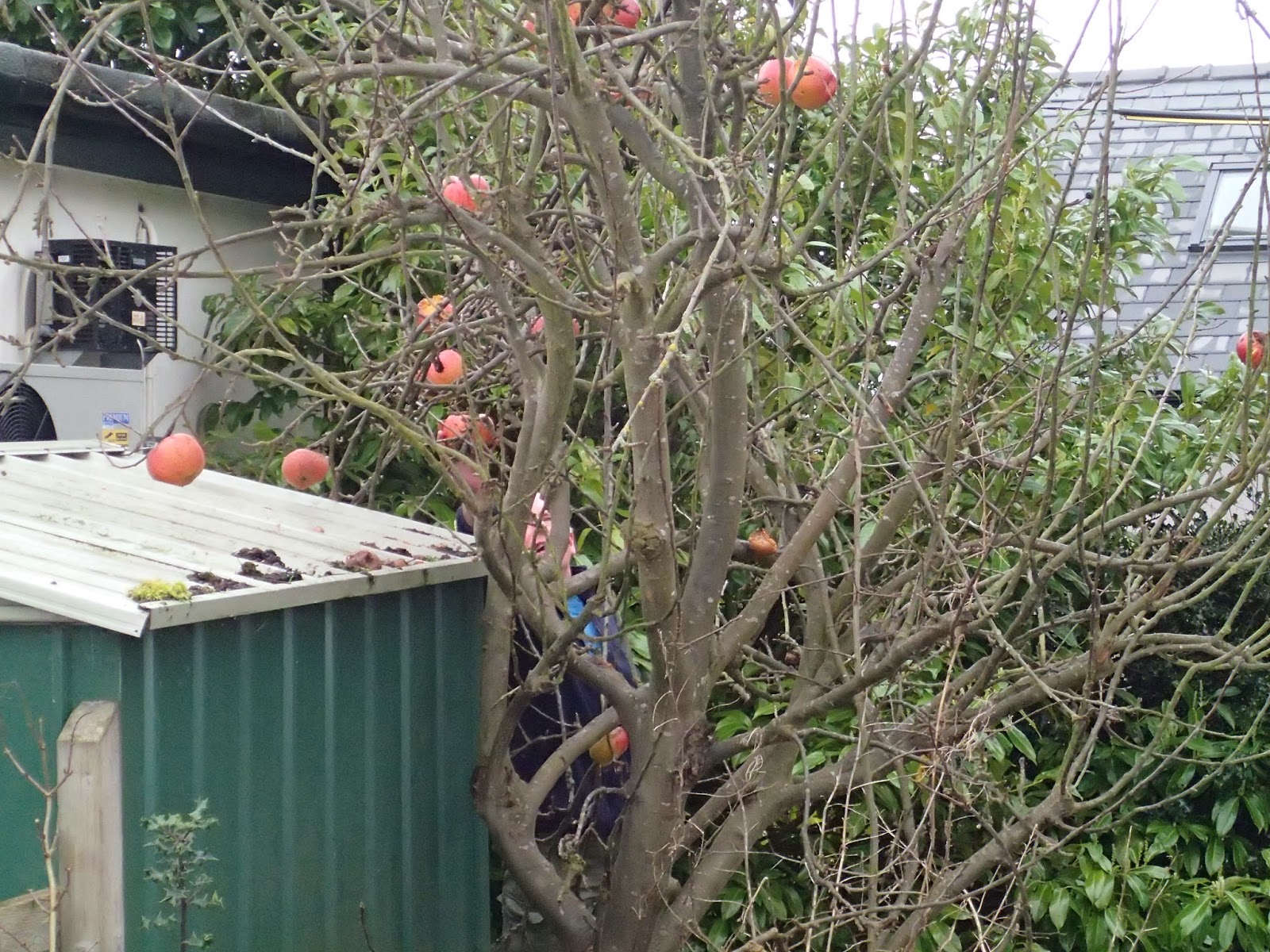 As we were unlocking our bikes and making ready to leave, Tommy spied an apple tree, still laden with HUGE cooking apples - looking in good condition.  Just temptingly hanging there...so easy to reach.....well, they have been there for a good 6 months, if they wanted them they would've taken them in by now....they won't miss a couple... 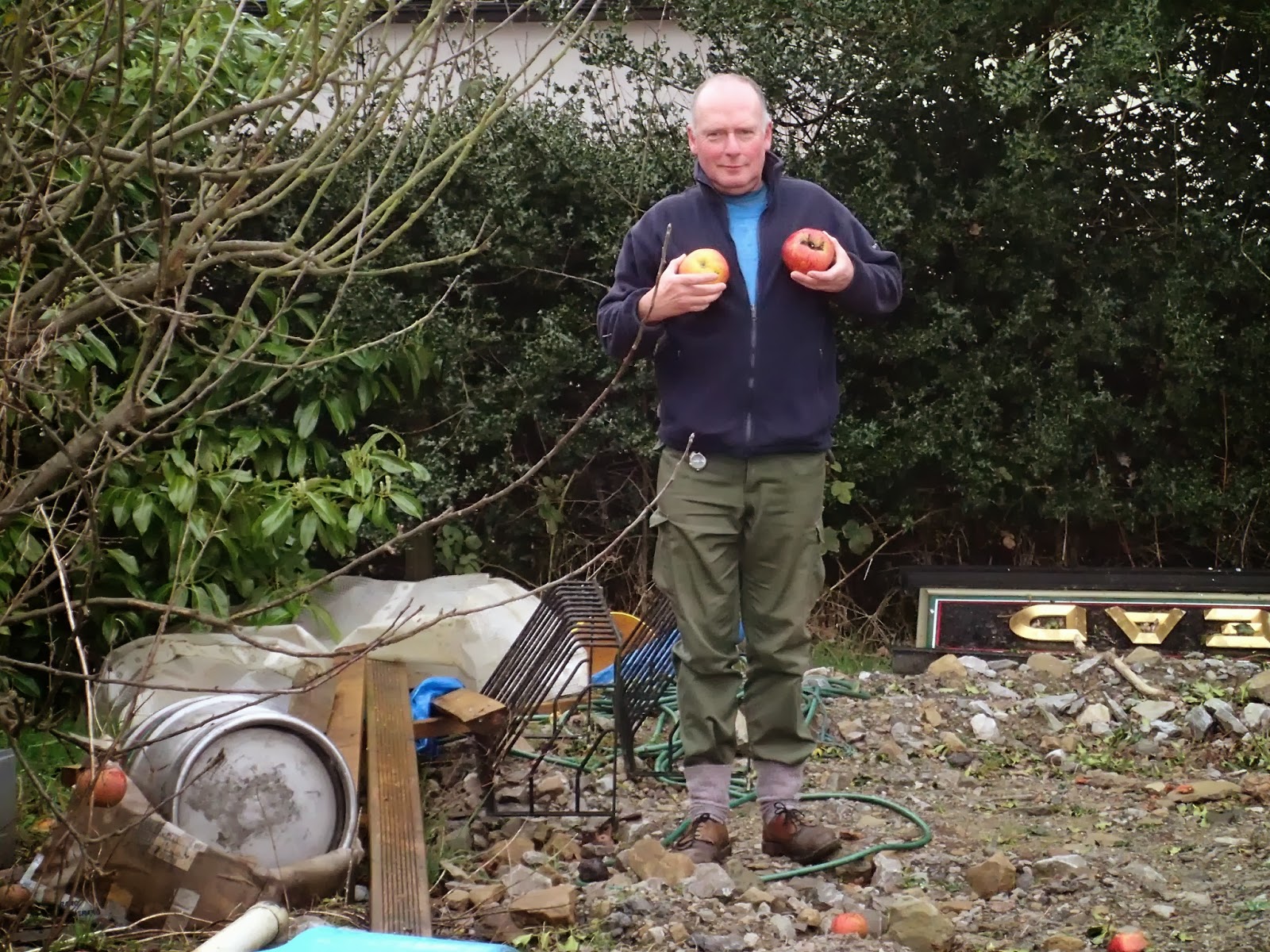 (I had a couple too - made a lovely apple crumble for my tea!) 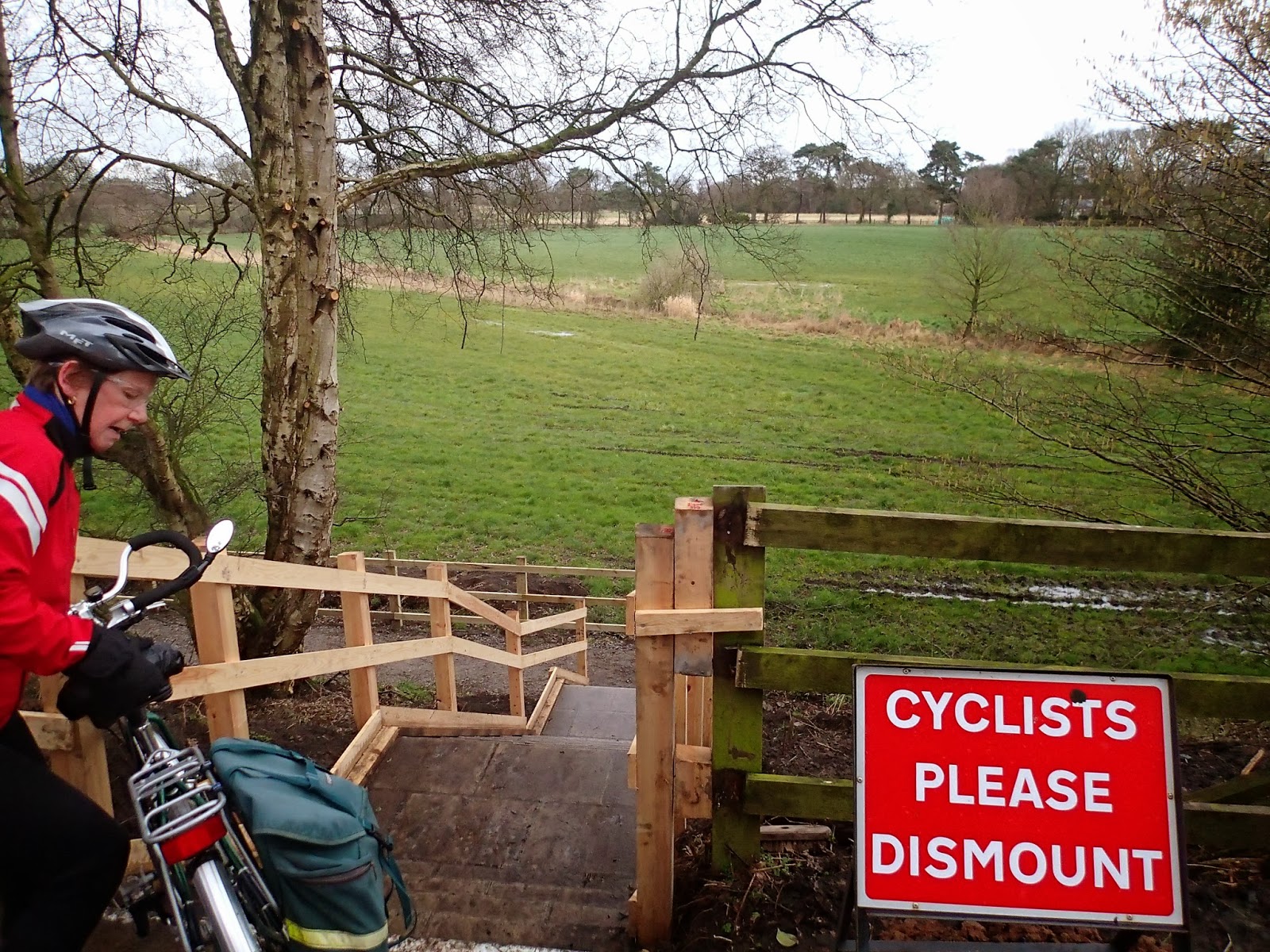 From Norley we headed further East, towards Cuddington and Sandiway, eventually crossing the Whitegate Way near the station - where the bridge is currently out and under repair.  I do like the sign by the side of a steep flight of stairs advising cyclists not to ride them... 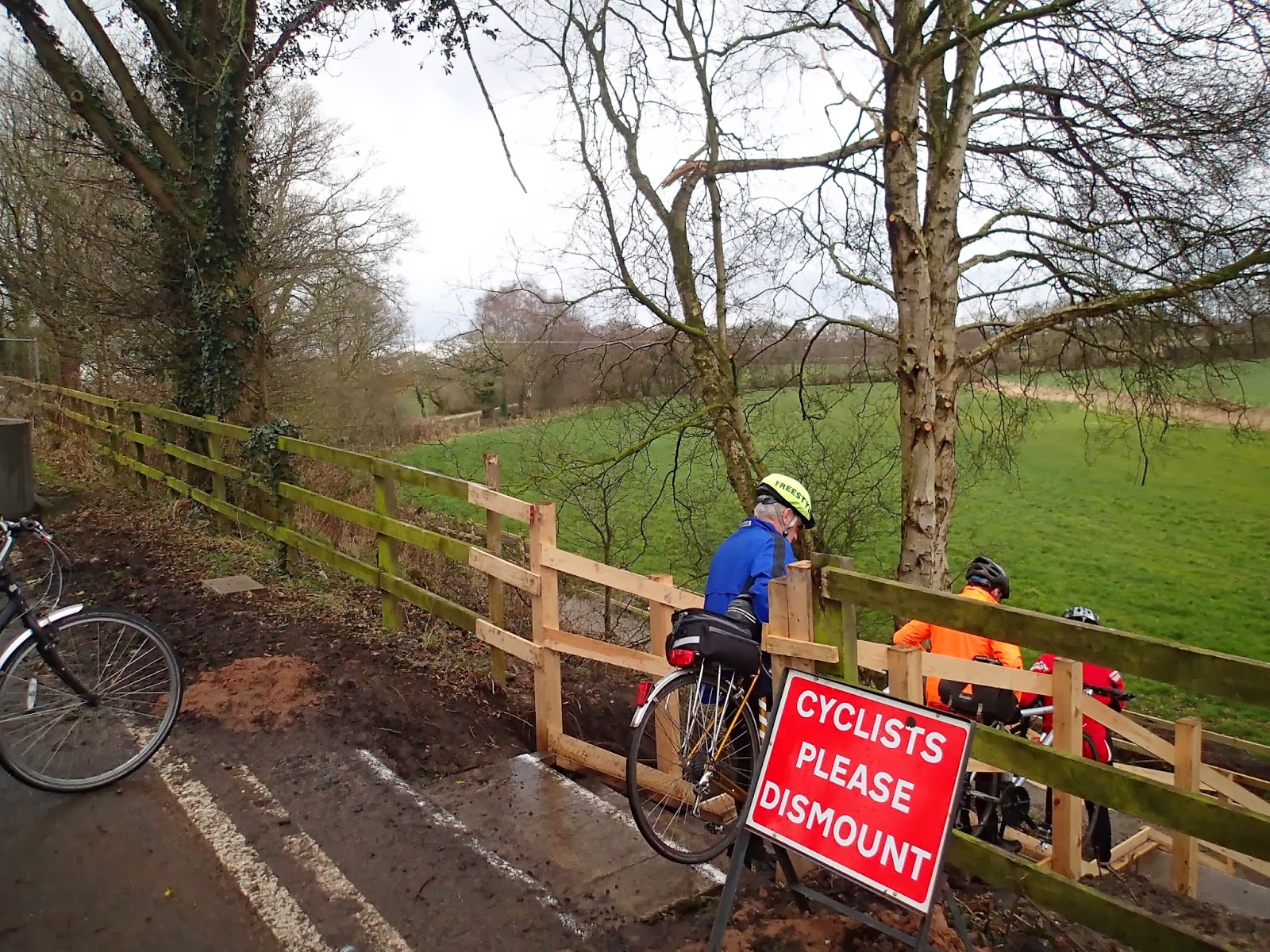 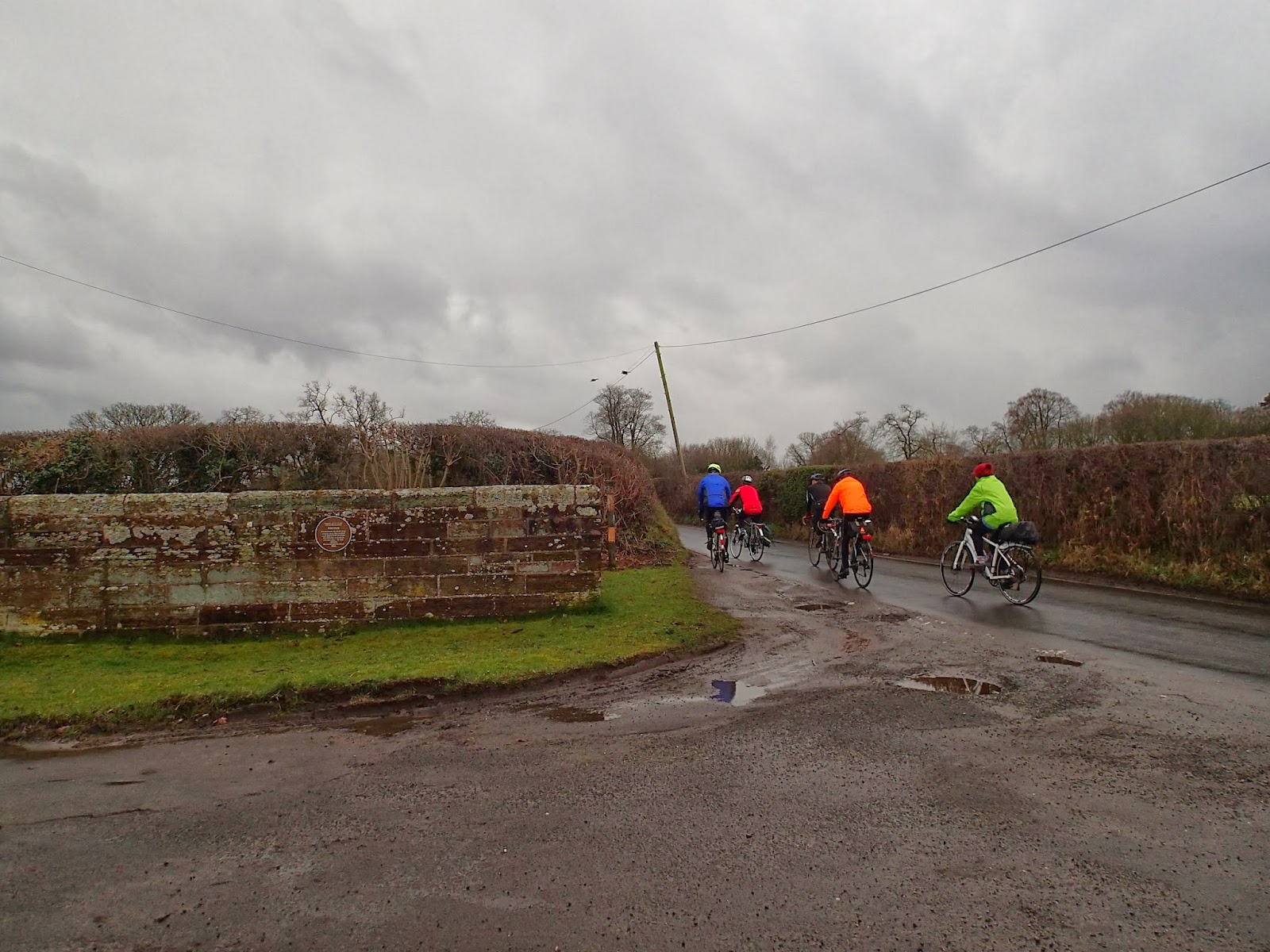 As we approached Little Budworth we passed a Pinfold (the sandstone wall on the left of this picture is actually an enclosed erm...enclosure where stray animals used to be rounded up and kept overnight.

These days I think it is used for stray cyclists after dark.... 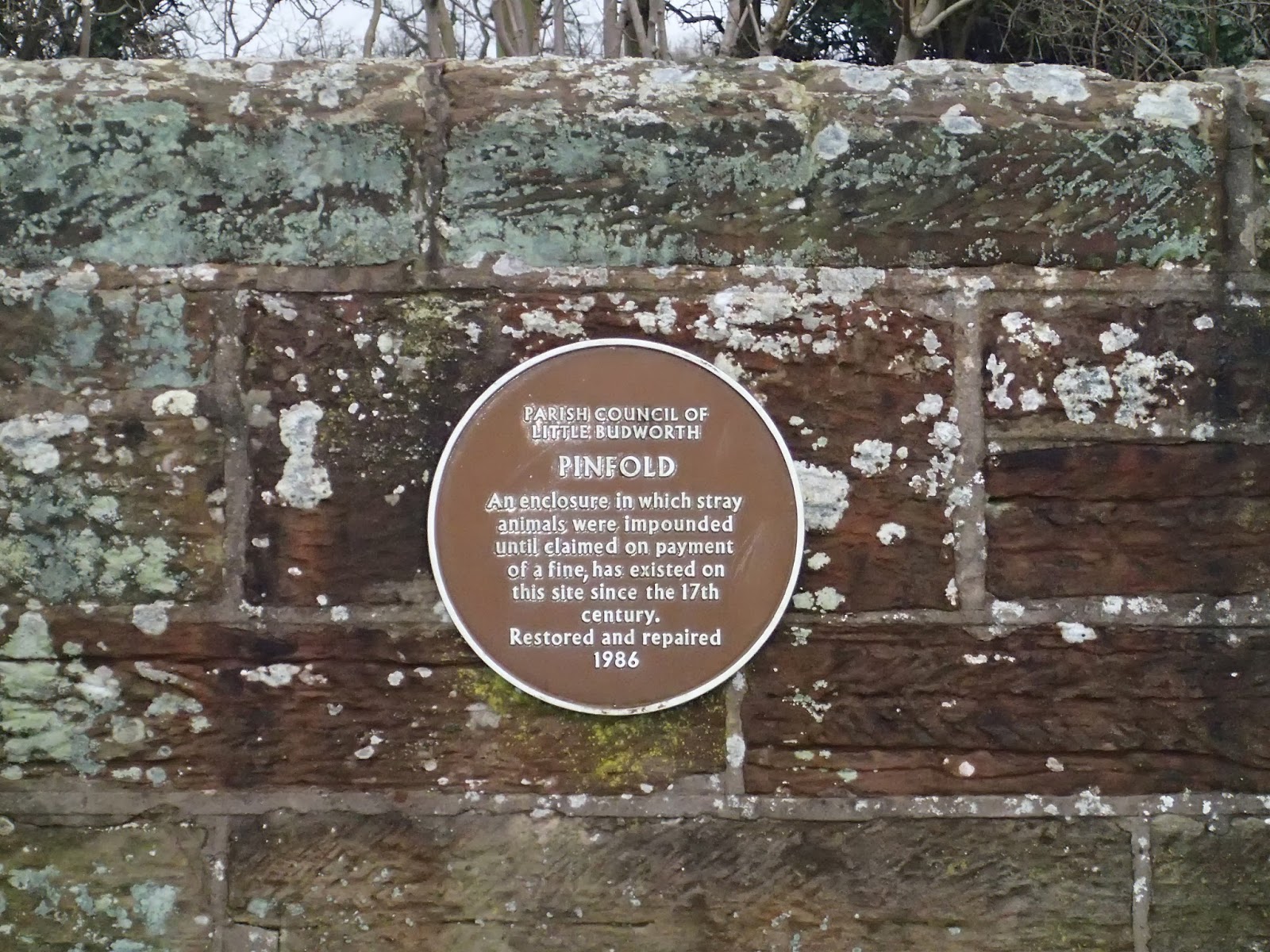 There used to be 153 pinfolds in Cheshire, apparently, although only 8 remain, and remains of 4.  You can see the co-ordinates on this Wikipedia page.

Might make a good ride to visit them all....? 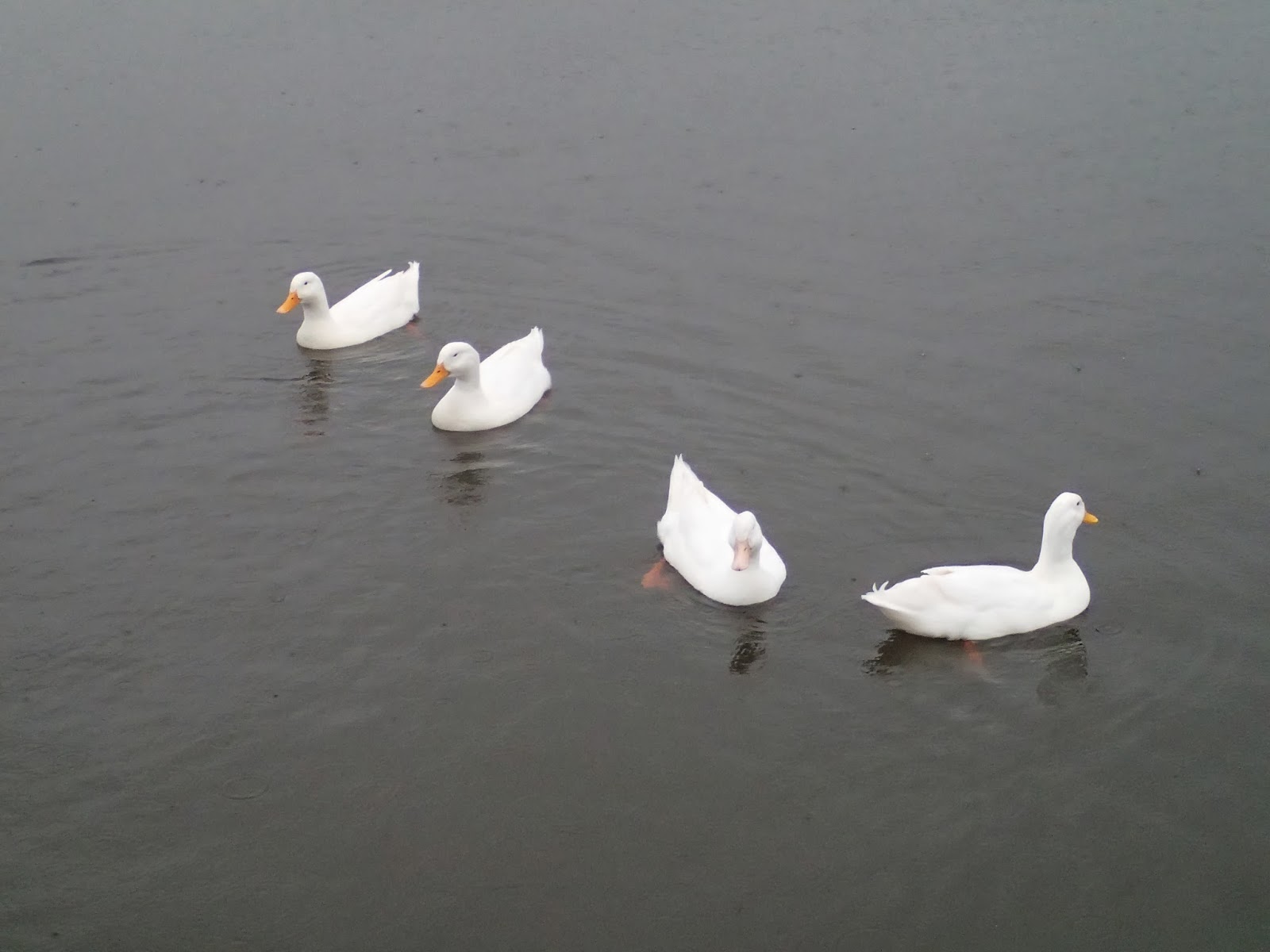 Anyway, the weather didn't improve, and got decidedly soggy, as we gathered briefly by a mill pond - or is it called Mill Pond (I did not think it had a name, having looked on the map on a previous occasion).  Ducks were happy, though. 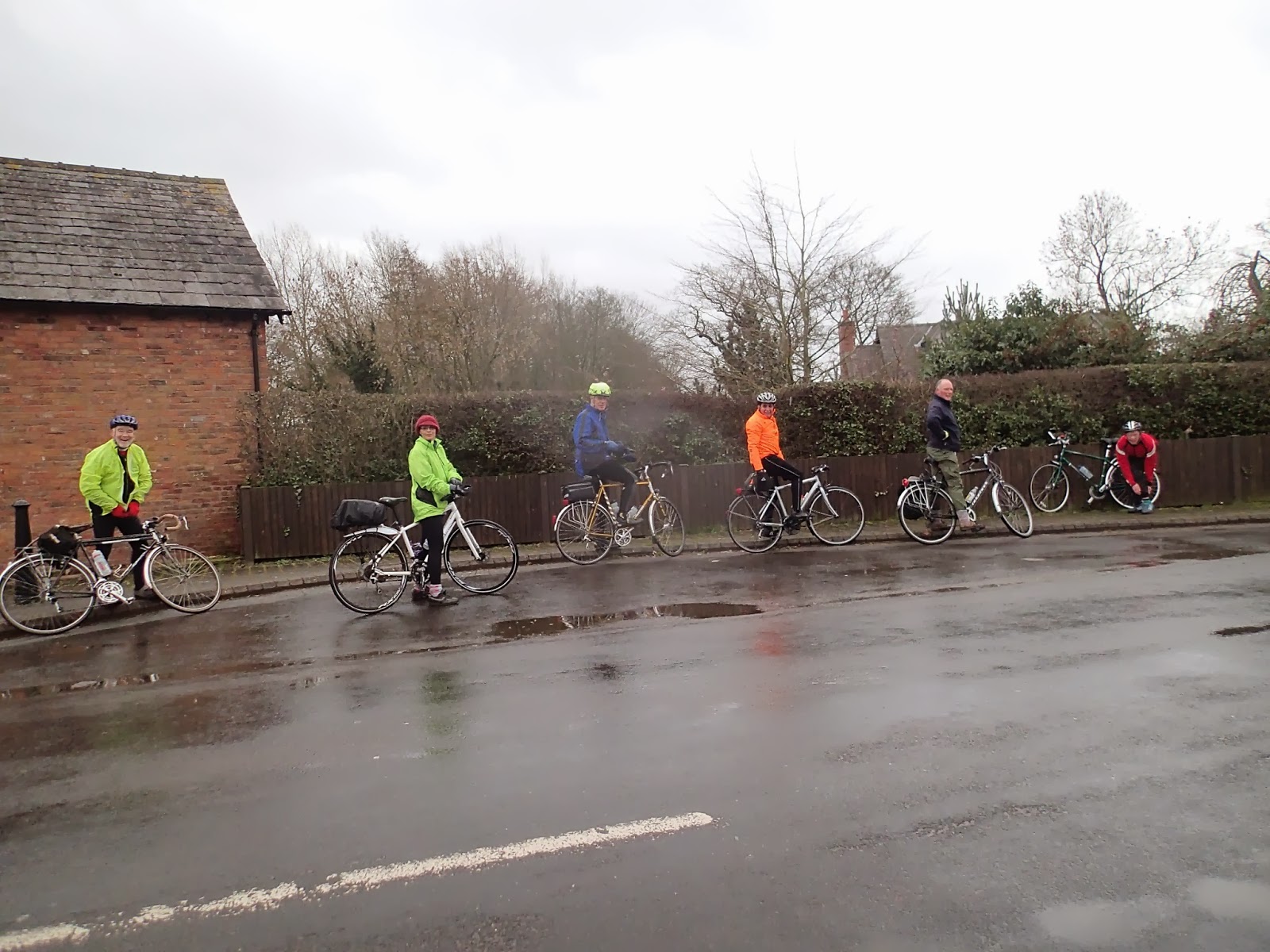 We cycled down two rather amusingly and quite image evoking lanes today - one in the morning called 'Offal Pit Lane'; and in the afternoon the more pleasant sounding 'Cheese Hill Lane'!

Many thanks to Hazel for a lovely and interesting route.

Next Month - Tim's ride to Cilcain.
Posted by Purple Sue at 03:00 No comments: