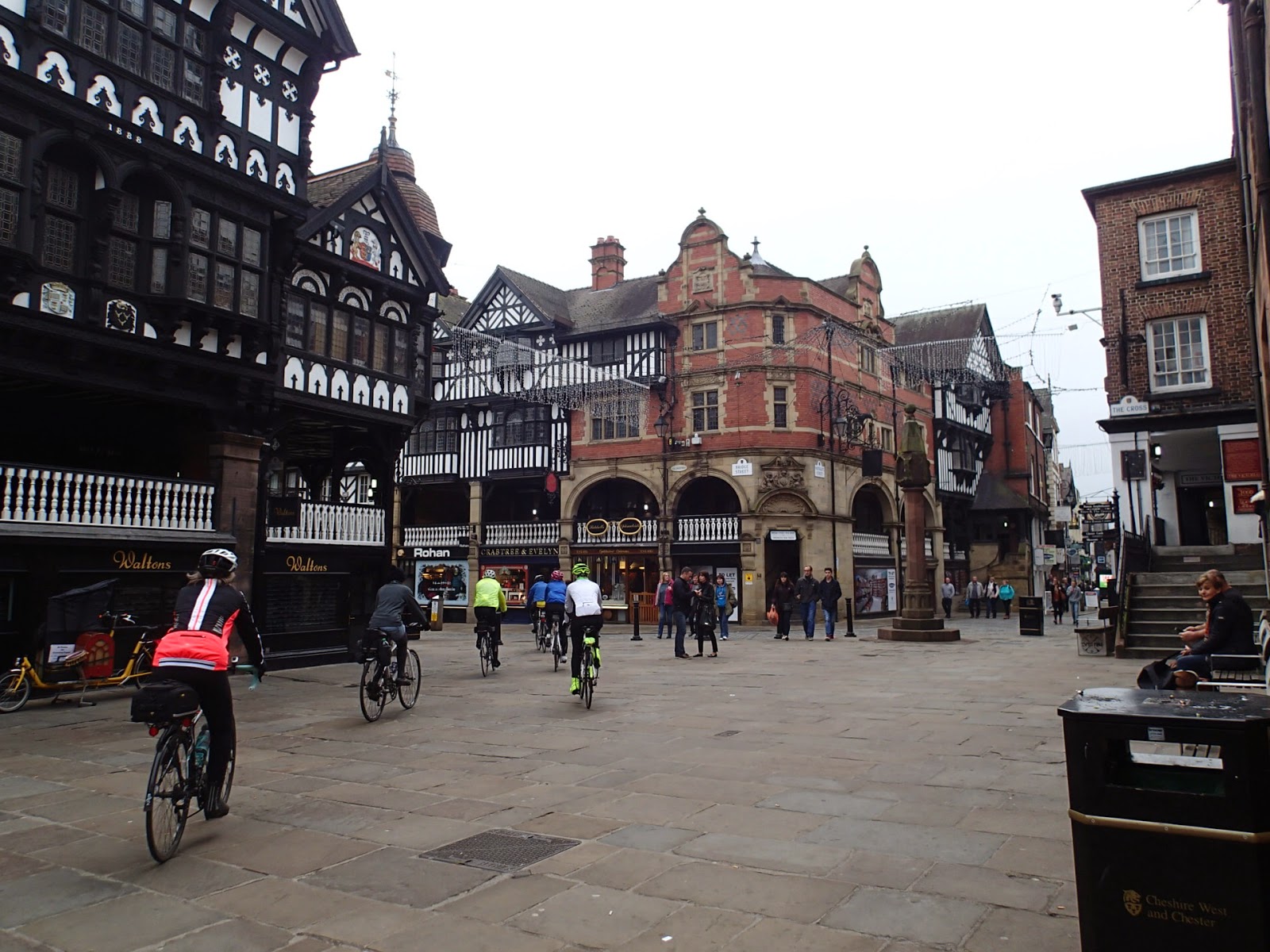 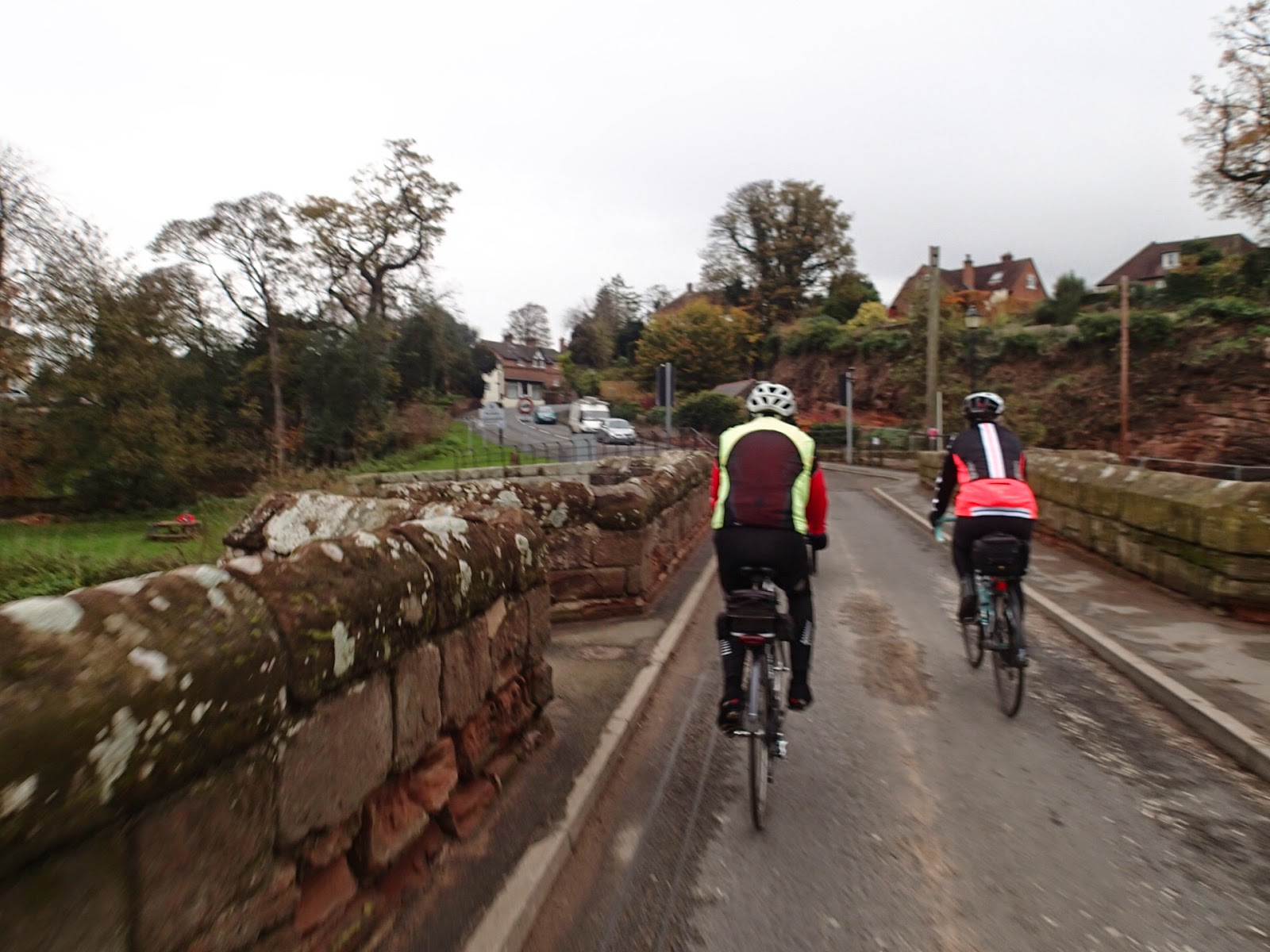 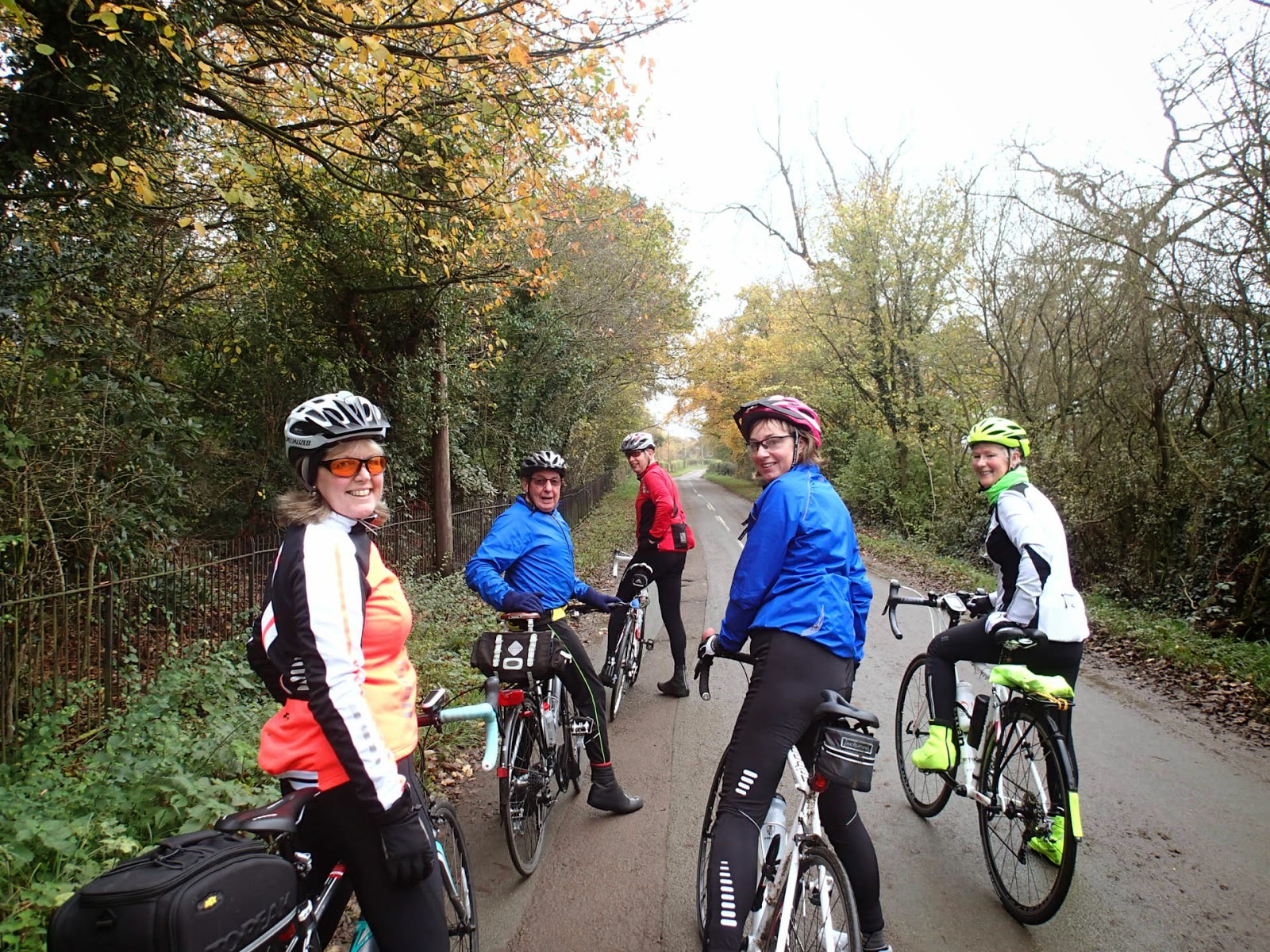 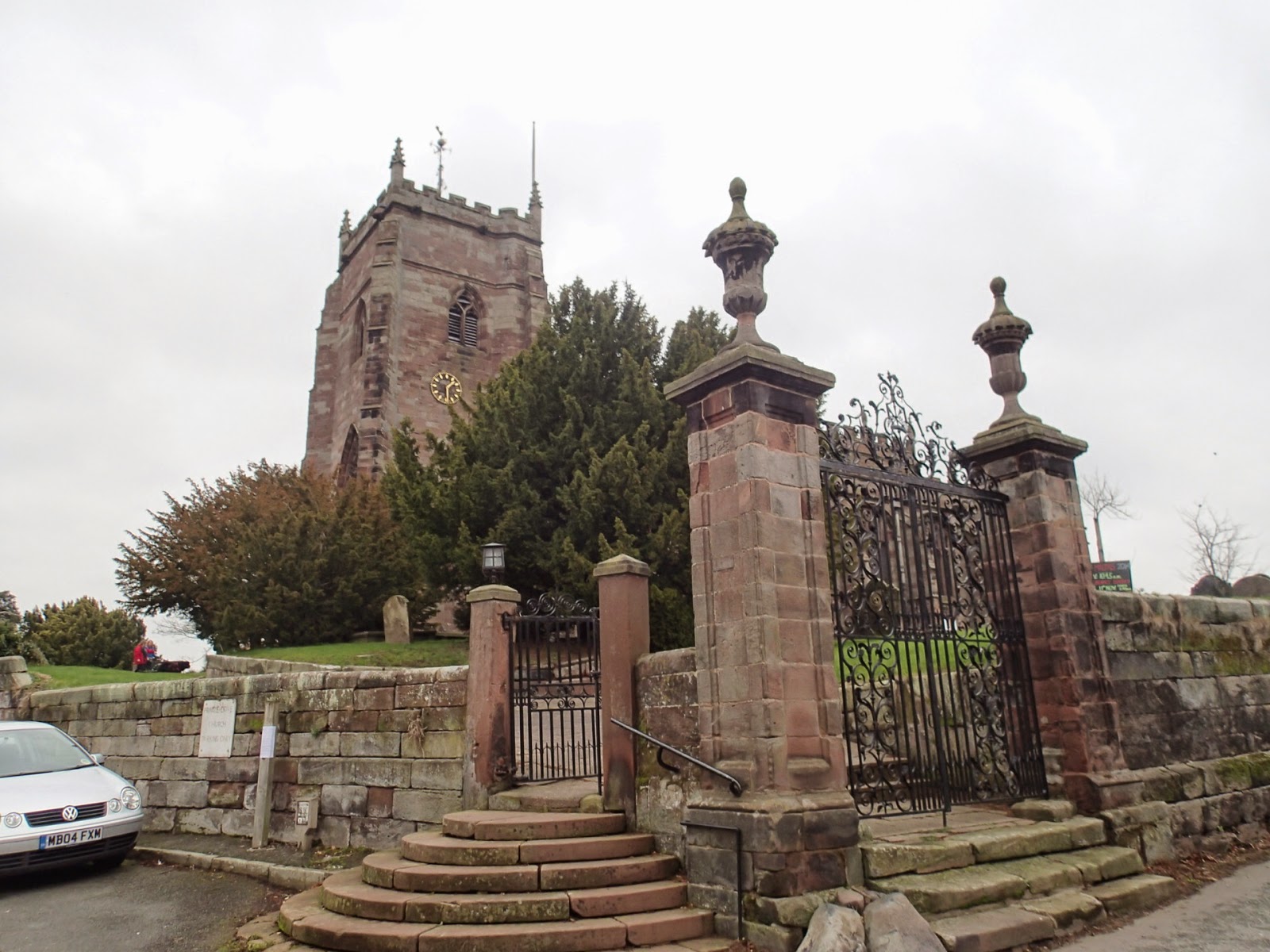 Every Wednesday evening through the summer there are summer evening rides; but a small band of dedicated (and slightly mad) cyclists continue through the winter months with what is fondly referred to as 'The Circuit'.

However, last year (2013), returning from a Tuesday Day ride I came across a fab firework display on the 5th November, at The Plough in Christleton.  I suggested to the circuit riders that we could vary the route for one night, and enjoy the spectacle. 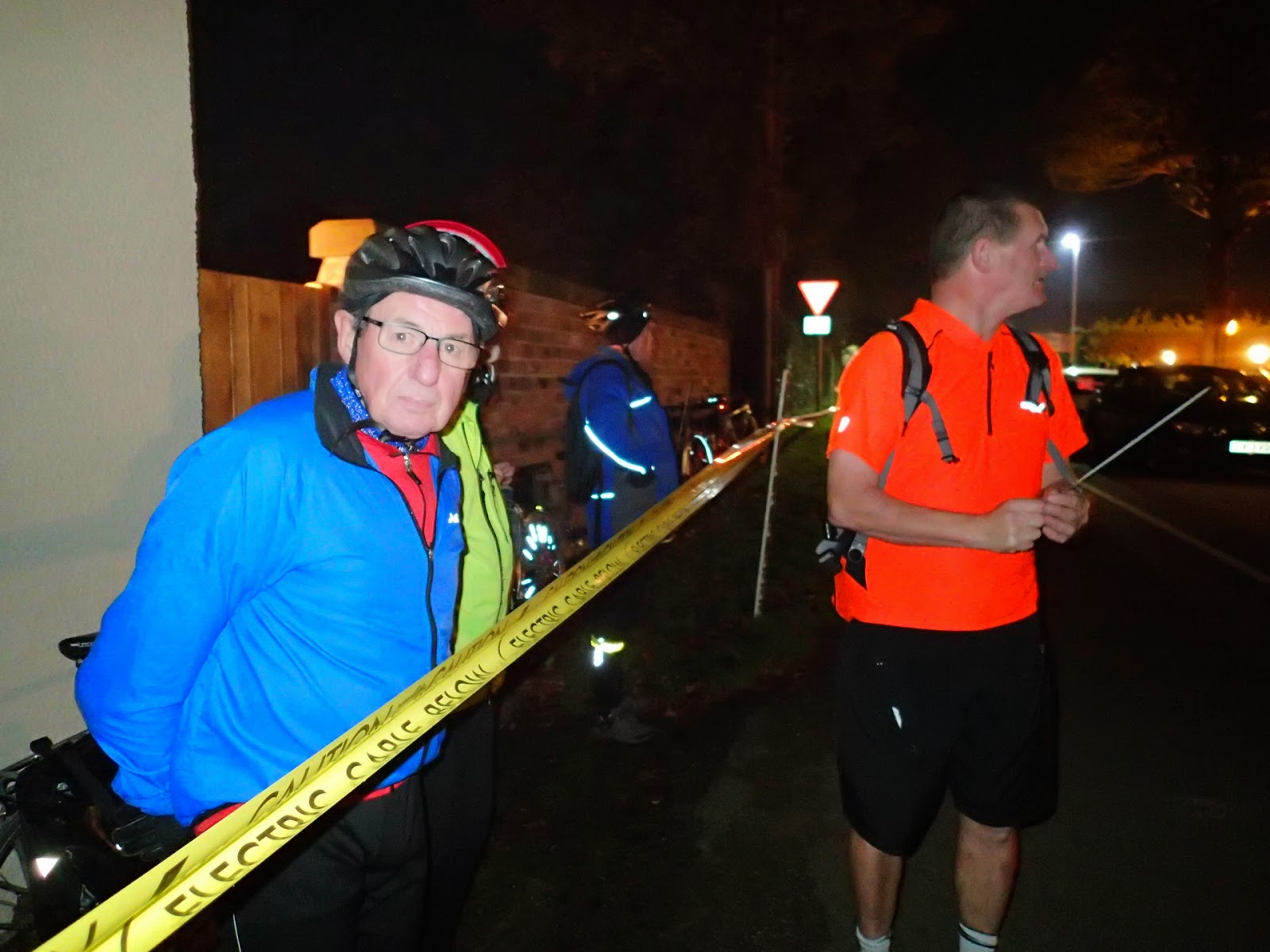 We met and headed straight out to Christleton; the display was due to start at 7:30 I think, but was late.  There were a million and one cars, but we were able to cycle past them to the main gate, park up and then lurk behind the tape. 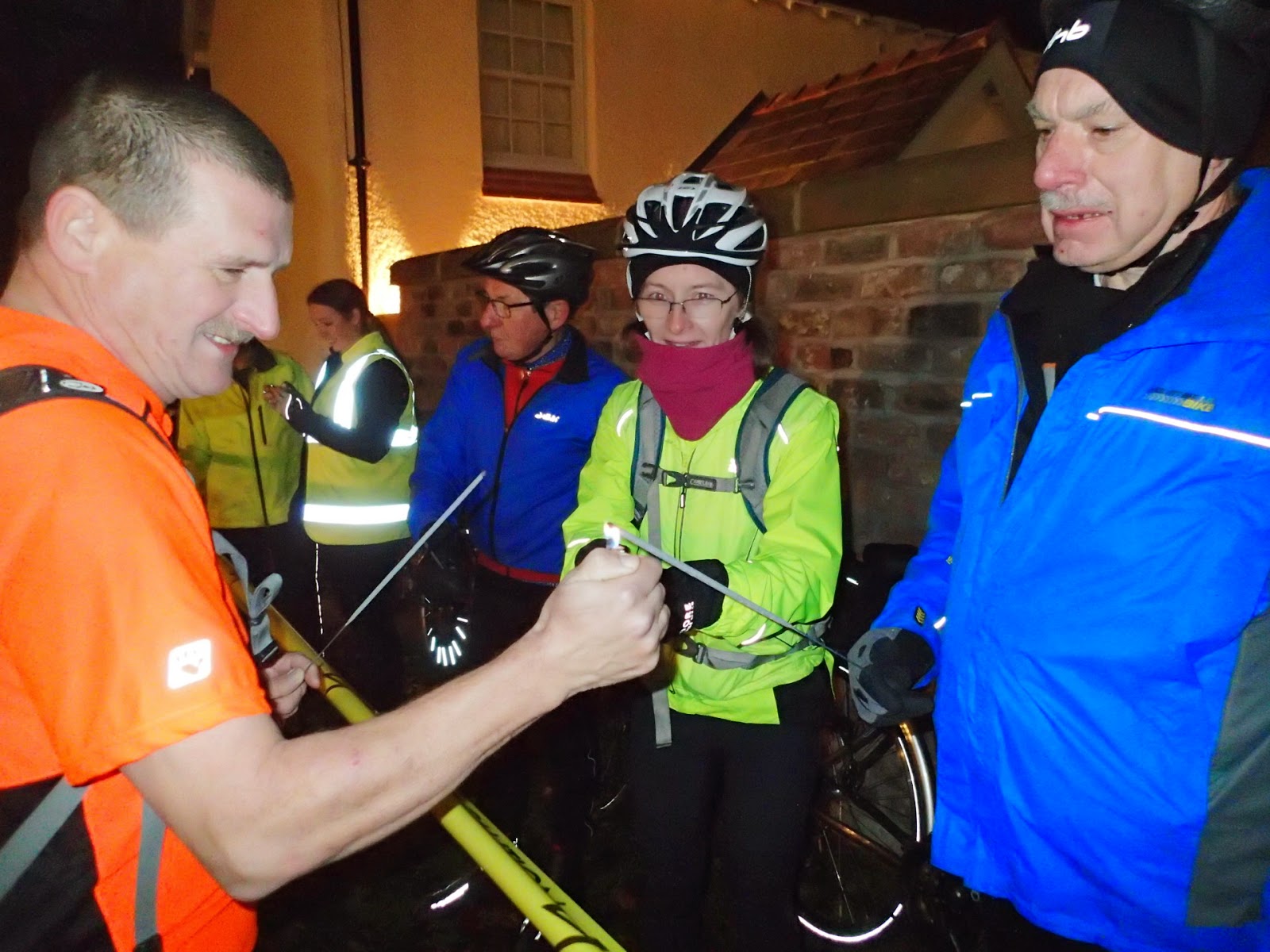 To mark the occasion I bought along some sparklers from Aldi, so we could all join in too! 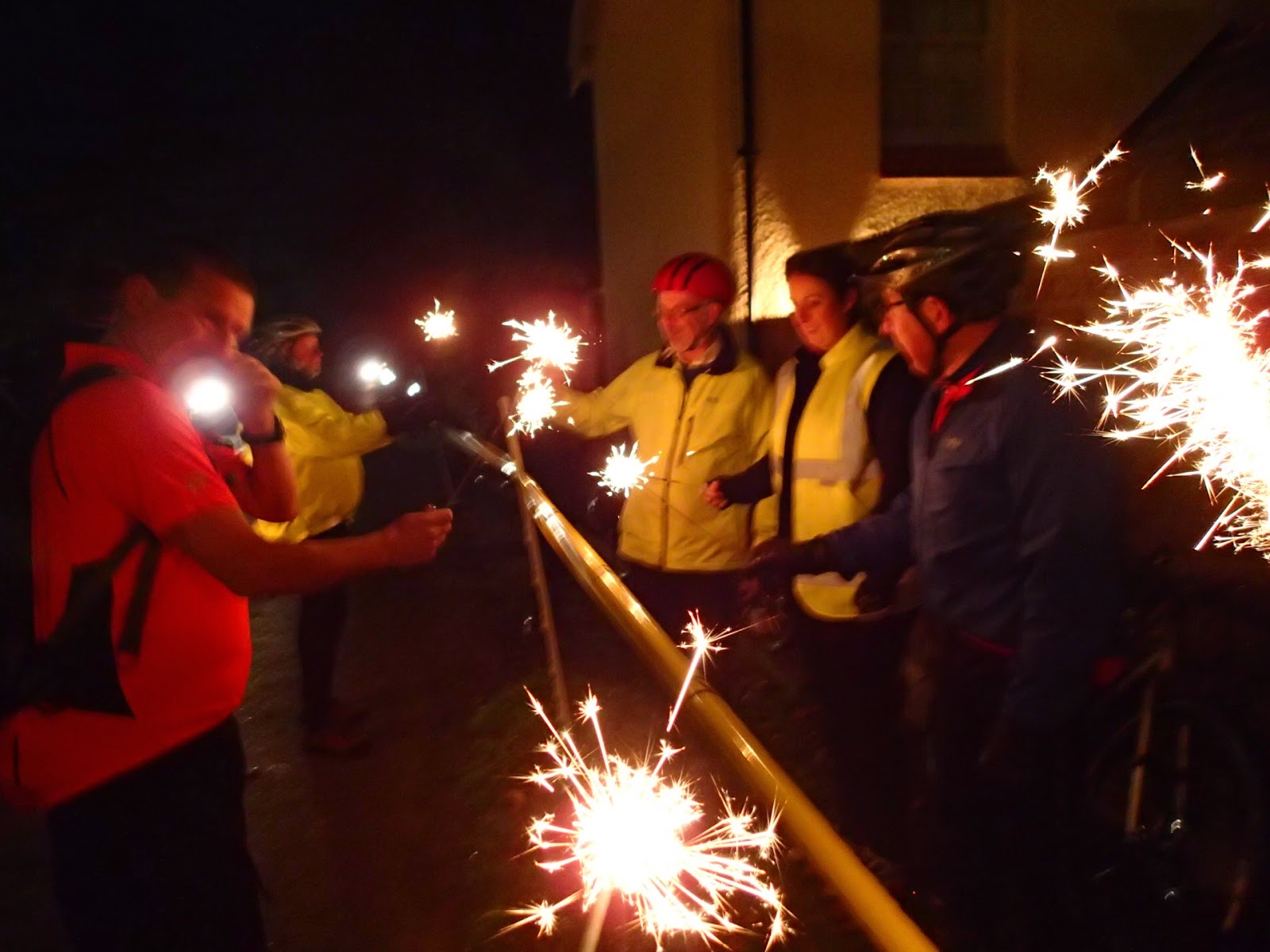 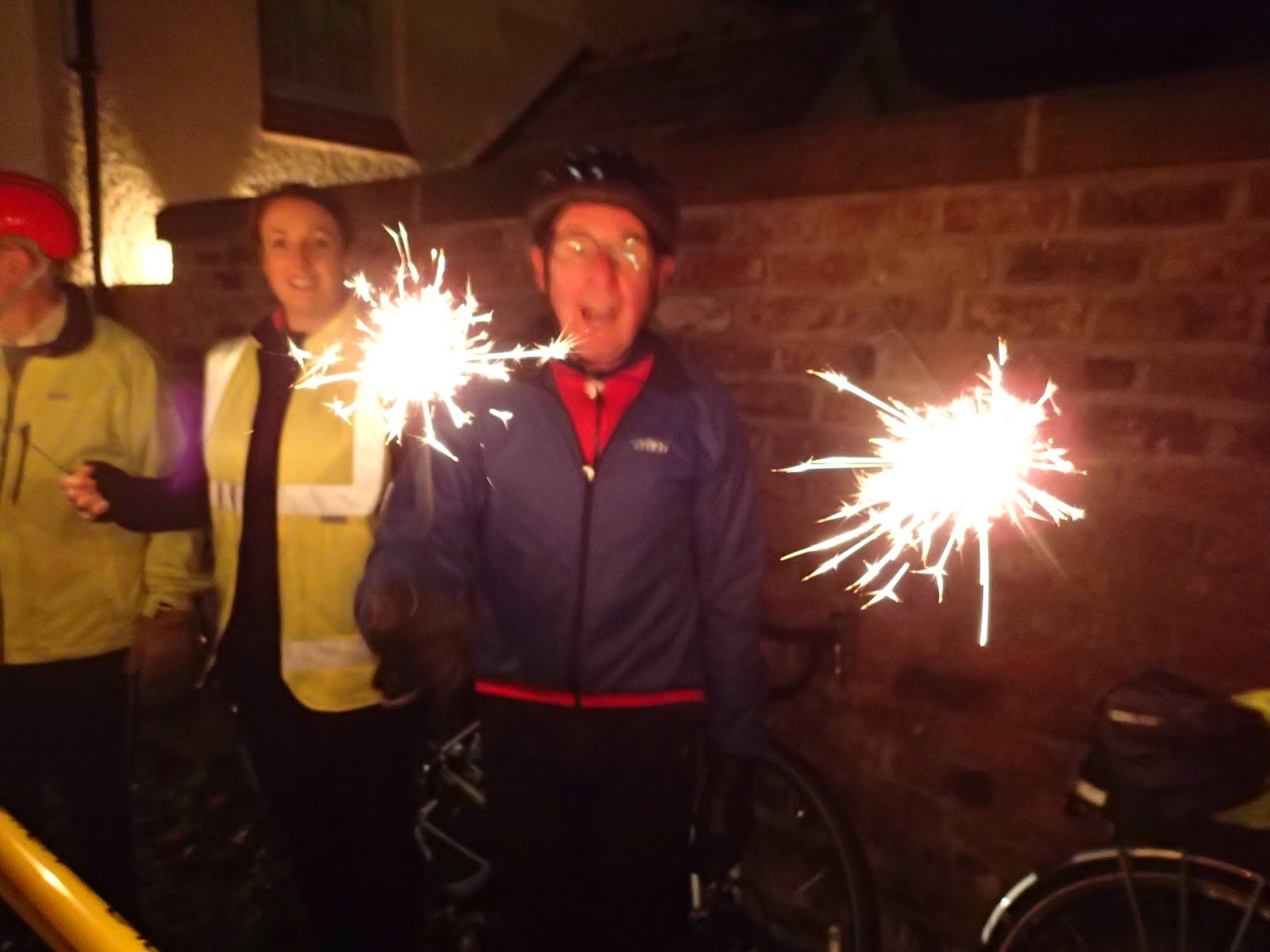 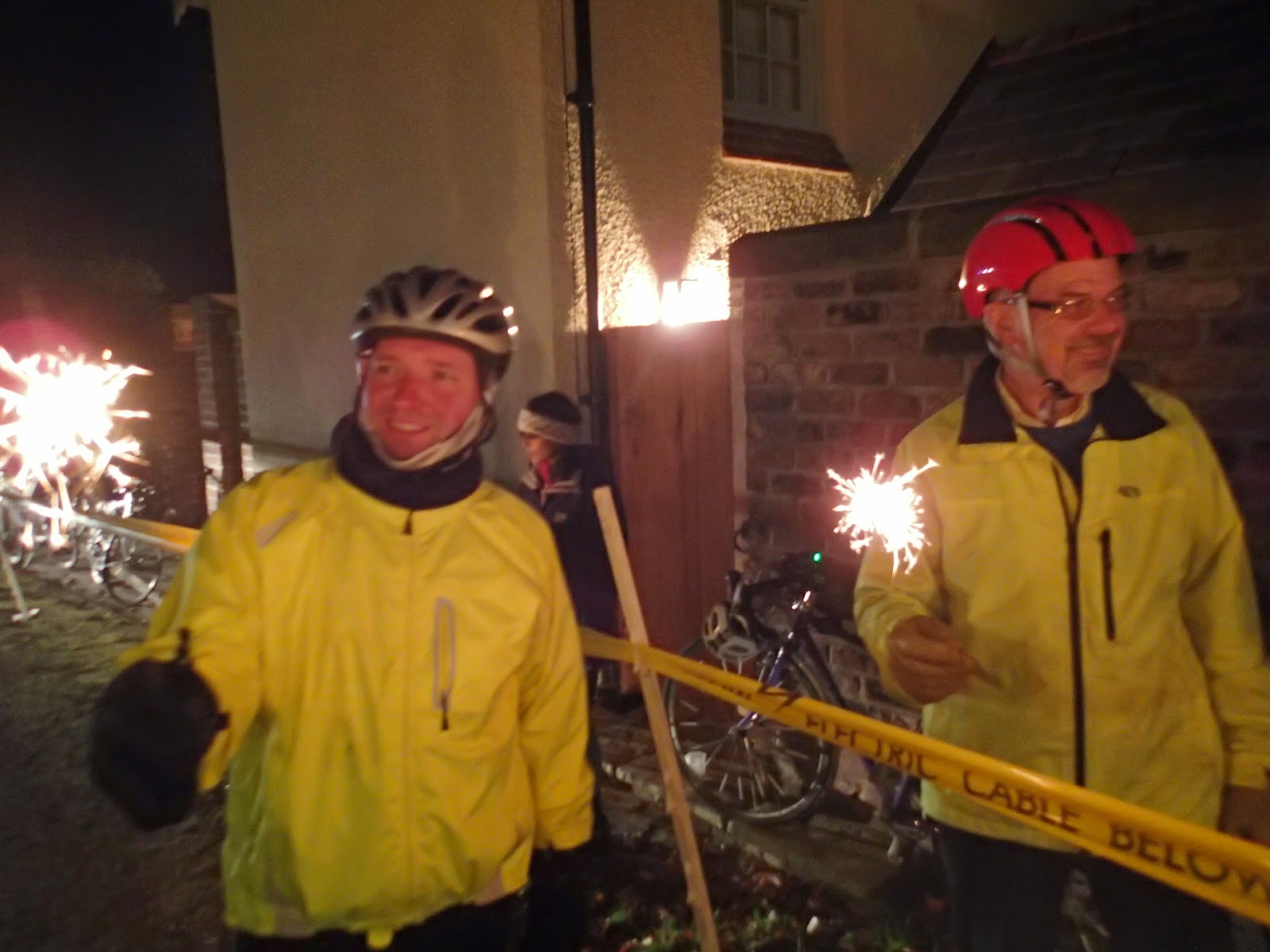 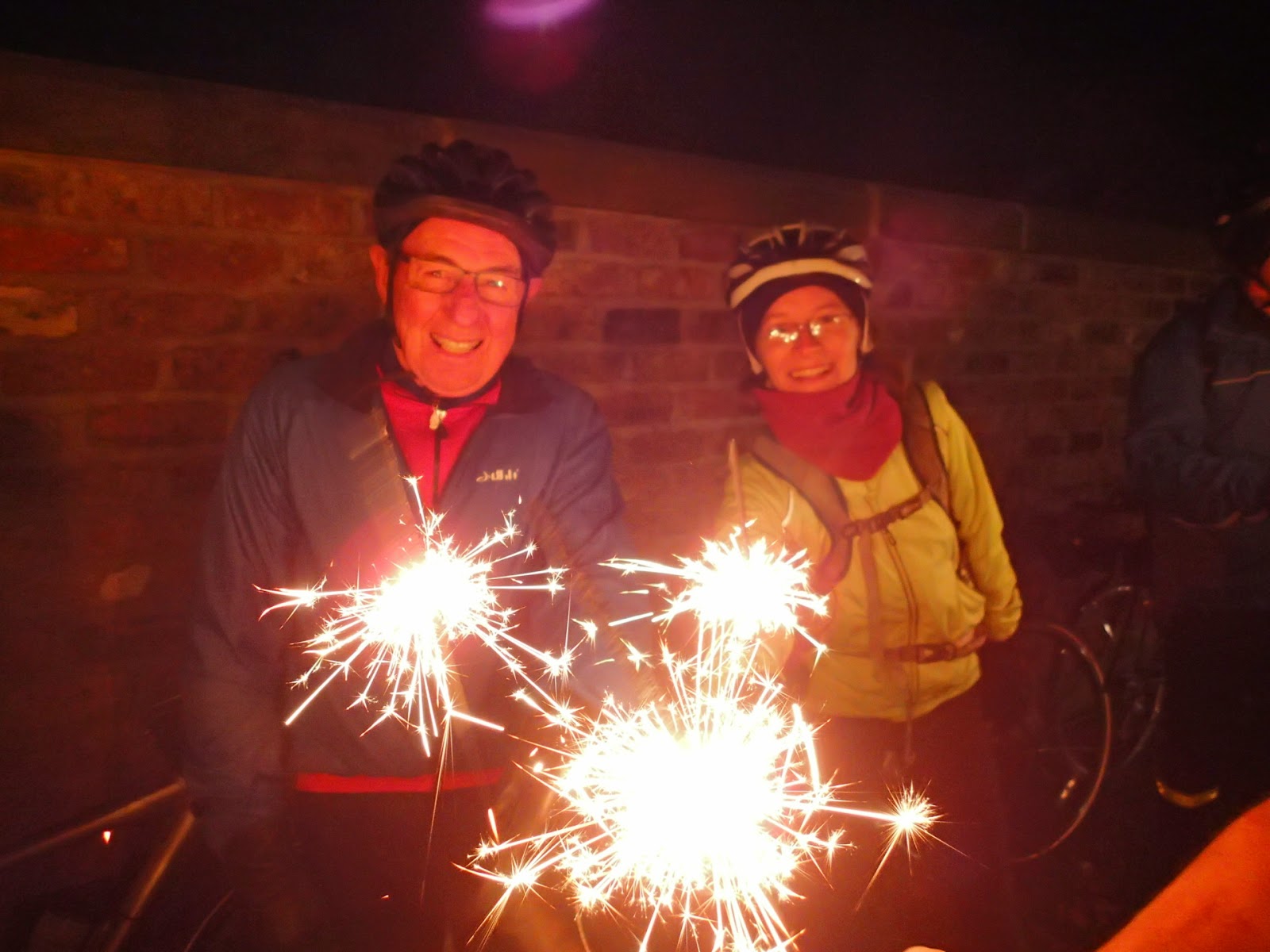 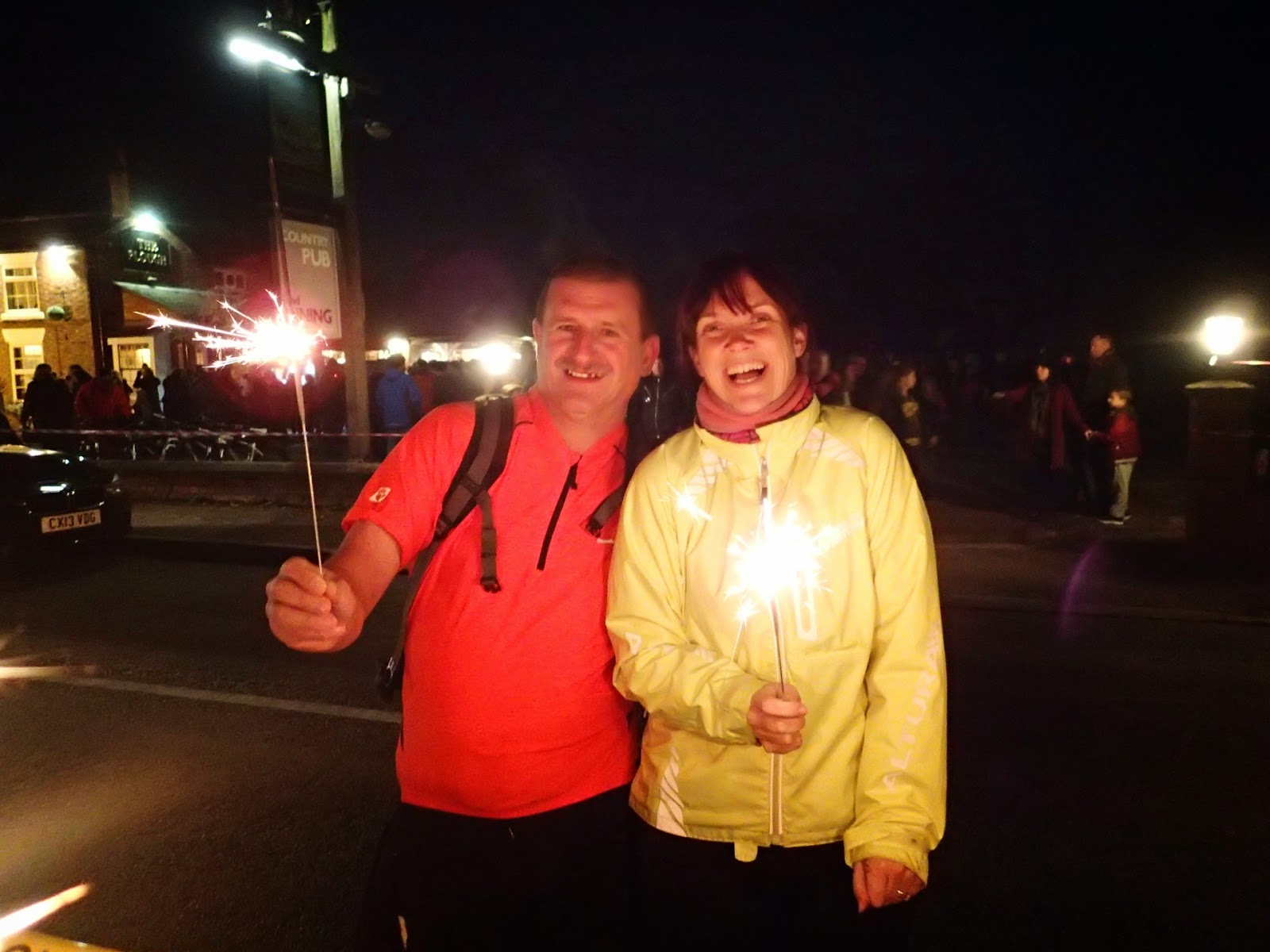 Then we headed to the Ring O Bells to warm up!  A very short night but good fun!
Posted by Purple Sue at 06:00 No comments: