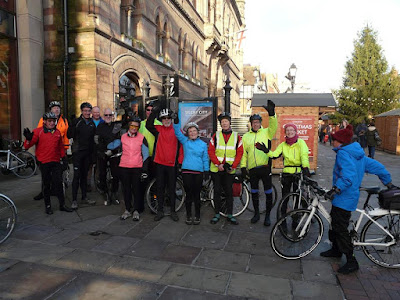 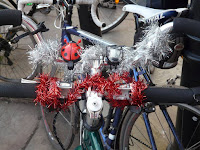 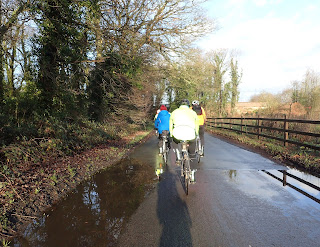 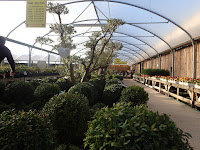 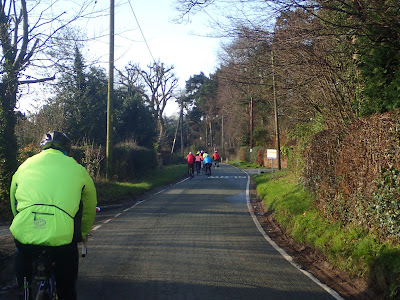 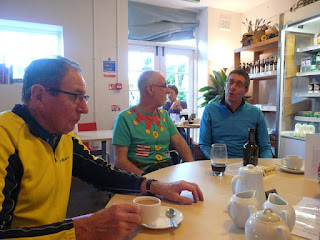 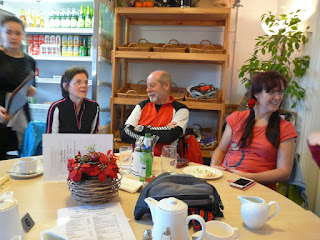 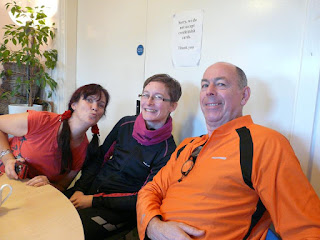 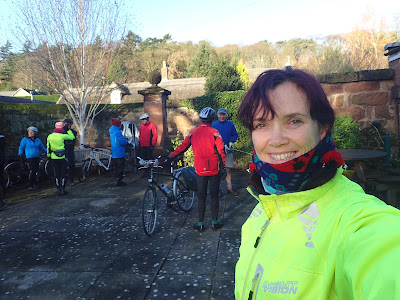 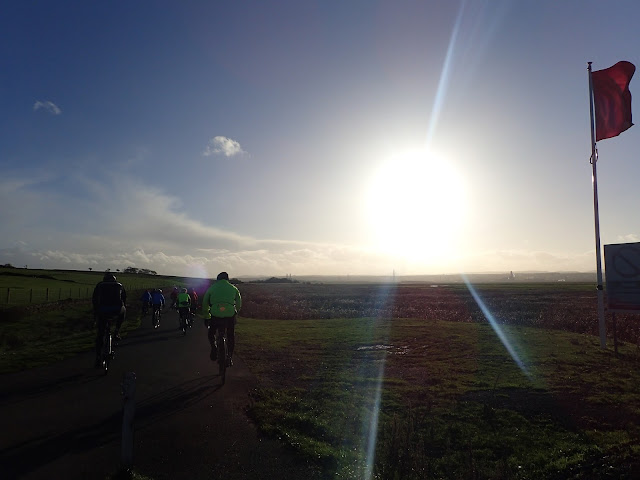 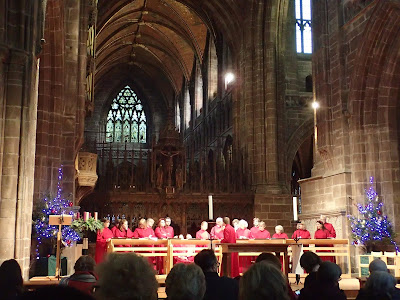 Christmas at The Yew Tree (#2)

Alex posted on facebook last night for sunshine at 10:00, and to stay nice all day.

At the strike of 10, the rain started, gently at first, just as I was getting my camera out.  Undeterred, we posed after the last rider arrived, and we set off in two groups, Bob leading the second one a short distance behind.  The rain persisted; we were heading for O'Kells, and despite a very brief mistake on my part we arrived in good spirits, and very very wet! 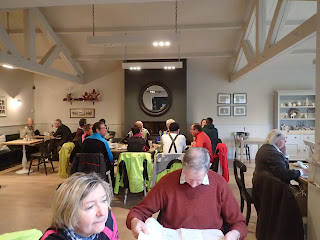 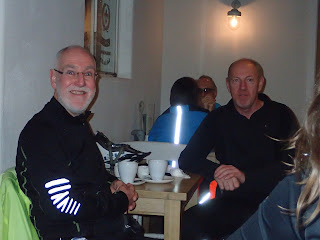 We parked the bikes under cover (we guessed no-one would be sitting outside today!) and descended on the cafe for our morning refreshments - despite only having travelled 5 miles! 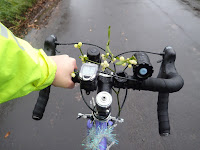 After coffee, we set off again under still gloomy skies and still raining - pausing briefly by a trolley so overladen with bits of mistletoe that there was quite a lot on the floor.  Some of us rescued a few sprigs before wending our way up towards Utkinton from Duddon, through Tarporley and out towards Tilstone Fearnall; managing a few little climbs to work up an appetite for our Christmas fayre. 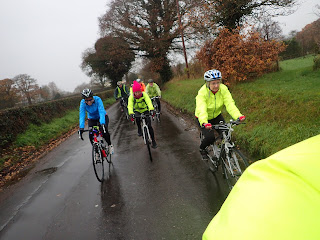 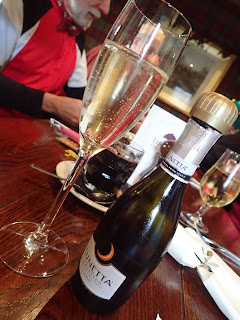 Martin, who had given up at O'kells, had arrived and was waiting in our area; Richard also made a surprise arrival (I knew, as he was booked in); and soon 18 of us were sat around two tables, chatting, pulling crackers and being generally convivial!

The food was lovely, plenty of meat (but I had to ask for extra veg), the fire was toasty without being too hot. 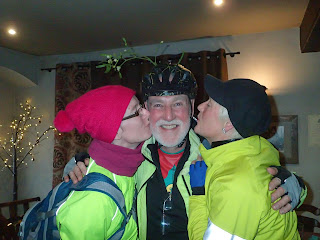 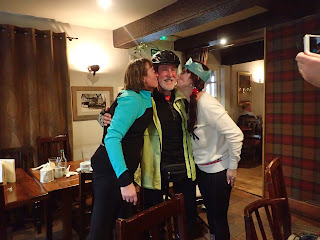 Stu discovers the delights of mistletoe.... 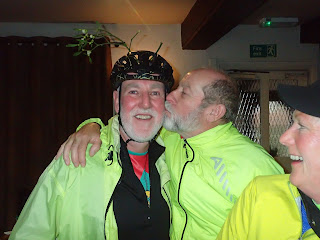 ...and Omry does not want to be left out! 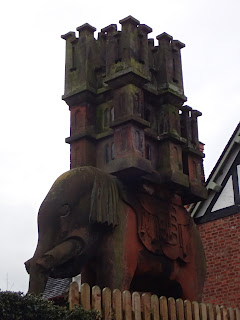 As we came behind Peckforton, I kept an eye out for our very own Elephant and Castle, which I had not seen for along time.  I stopped the group, and noted a chap in the garden.  Despite a large thick hedge, I managed a conversation with him about the history of this magnificent garden ornament.

Originally sculpted by John Watson in 1859, who was involved in the building of Peckforton Castle, it stood in his garden, in a cottage which no longer exists.  It is carved from a single piece of sandstone, and is utterley majestic!

The group were treated to me bending over talking through the hedge to an unseen voice! 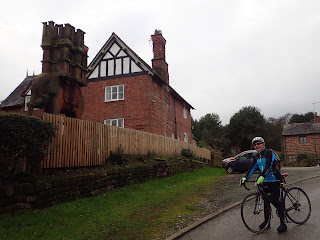 Still, the day was progressing, and it was surely time for afternoon tea and cake by now, so we made our way to Walk Mill, as is traditional, for coffee, tea and cake! 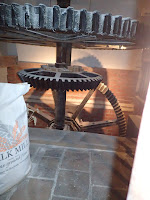 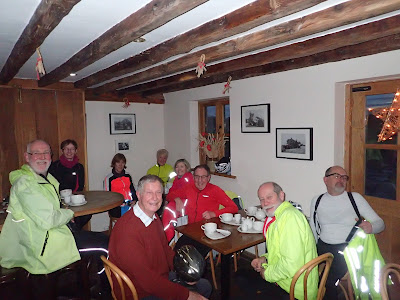 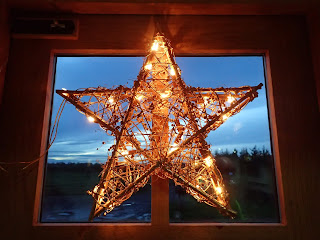