Four met at the Town Hall.  It was promising to be  a lovely day, and was already so warm I had to take my jacket off.  Only last week I had been hailed on (twice) at the Treasure Hunt in Trefnant, and a week later it was 'cracking the flags' as Harry says.  So I do not know where everyone else was?! 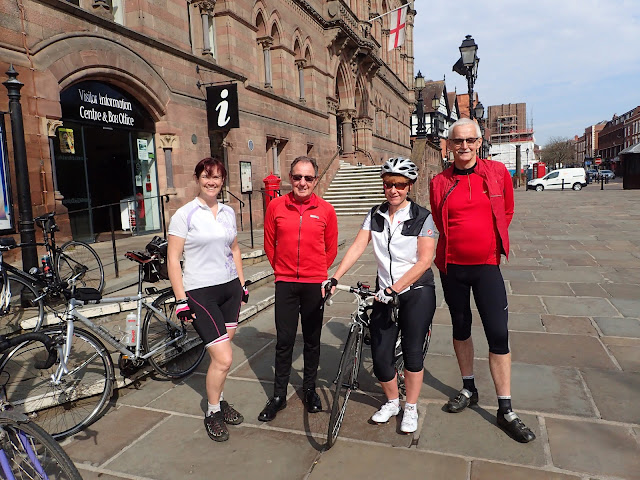 Undeterred, and happy with a small number, we set off North to pick up the Greenway, at the end of which we met Sara (I did remember she had messaged the group to meet us there....!).


We continued towards Manley, but turning towards Ashton we then swung round to Mouldsworth, and down a dead end lane - I have often wondered if there was a way through or not.  I had looked on google street map, I am sure, but saw no way, so I was interested and then fabulously surprised at the delightful track that we came to.  I did not even see the viaduct at first.  The ladies were not as pleased - terrified almost ("I'd be OK on my mountain bike"); but I reassured them and set off to join Bob and Ray in the dip under the tall arches.  So pretty, and very rideable.  After posing for a few photos, we continued, crossing the Ashton Brook and after a very short climb we were on the road to Delamere. 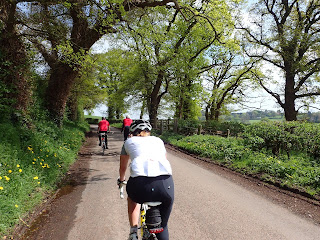 Through to Kelsall, and on to our coffee stop at Rose Farm.  A short coffee stop as it was already nearly 12!

After this we were promised a downhill and flat ride to Faddiley.  We had a little more ascent before dropping to cross the A49, skirting Oulton Park and arriving at Bunbury via the locks.  From here it was a short hop to Faddily - and even though we re-traced the lane I took back on my ride - it felt so different coming the other way and so much greener and more springlike!

I love the green this time of year - it is new green, fresh and bright.  The hedges have exploded, there does not seem to have been a gradual noticing of small buds on the sunny side of the lanes, it has happened all at once.  The Cow Parsley is not out - but you can see the plants and small flower buds, so nearly ready to adorn the lanes with the wonderful white froth. 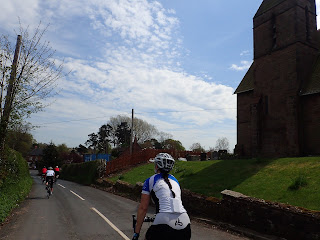 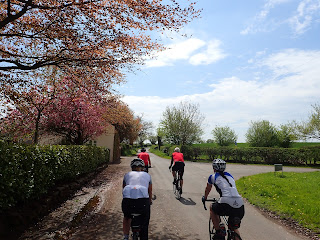 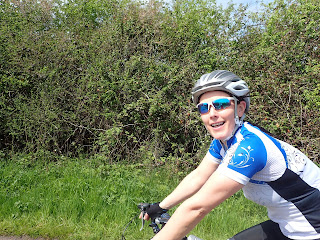 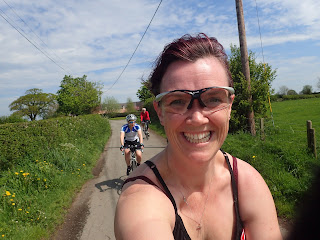 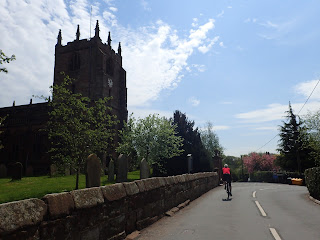 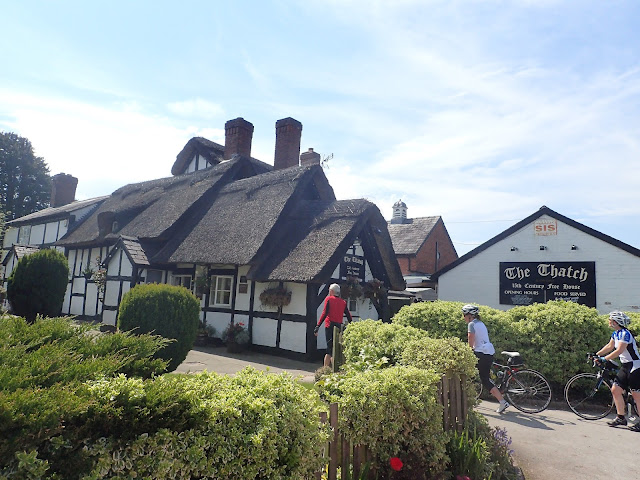 Faddily is a tiny hamlet on the A534 (Wrexham - Nantwich road), which has an old Inn, The Thatch, associated with Peckforton Castle.  We sat in the garden, it was such a lovely day, and had a very pleasant lunch time. 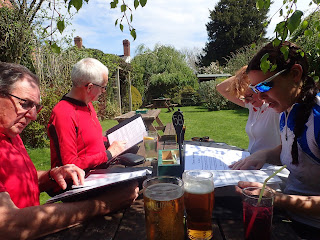 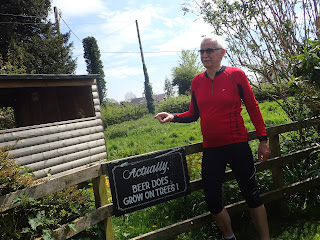 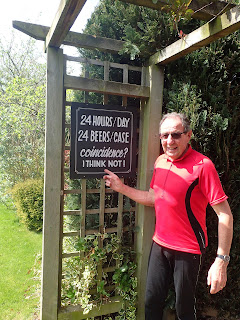 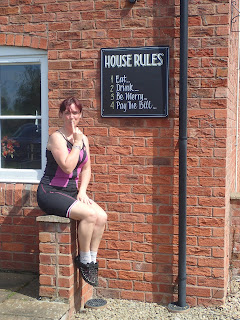 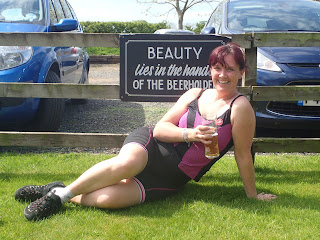 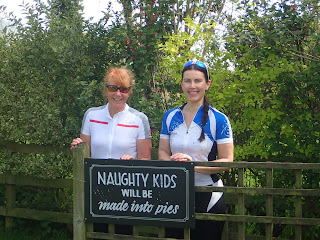 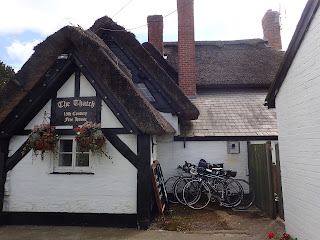 Our return journey consisted of a few miles of main road, to get us back to the lanes.  Sometimes it is unavoidable, and the road was quite quiet (as it was a Sunday).  It was also quite gently downhill - which could be identified as I picked up speed and was able to pass everyone and take up position at the front, whistling along at 20mph or so.  I note on the map we actually cross a very young River Weaver, which accounts for the downhill.


At Bulkely we turned back into the lanes, and enjoyed the variety of greens on Bulkely and Peckforton Hills.  Back now on familiar turf, we passed Beeston, Huxley and just caught the 50p shop and Christine's cafe before they closed.  Cake of enormous proportions.  And, sadly, before she closes for  good - she is selling up and will be giving up hospitality in a few weeks.  I am glad I was able to see her again, thank her for the years serving us and wish her well with her chickens and quiet home plans.

A very jolly, sunny and interesting 50 miles, many thanks to Bob.