The Farmers Arms at Ravensmoor

Originally billed as a ride to Nantwich by Gill and Richard; but due to ongoing knee problems they were unable to lead, so I offered to take the group out.  Plotting the route to include the new cafe at Farndon seemed to put it quite far to get all the way to Nantwich, so I settled for the pub at the crossroads at Ravensmoor, a few miles south. 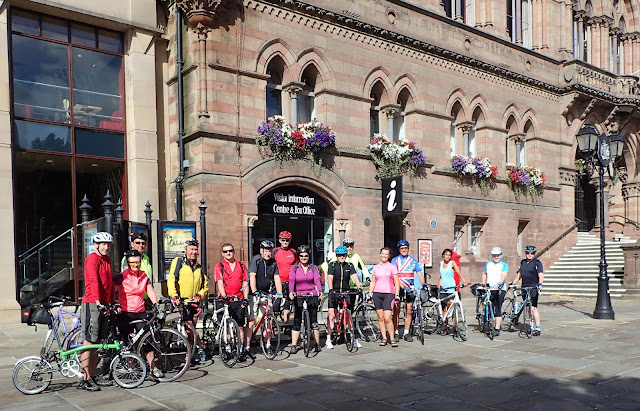 The weekend was promising to be sunny, and it certainly was.  This brought 16 riders out, with new faces too.  Chester was quite busy, more than usual for a Sunday morning, due to holidays and sunshine, always a great combination in this country!

We set off through town, along the canal (with an emergency stop off to allow 'Brompton Chris' to collect his packed lunch which he had left at home) and Caldy Valley to Huntington, and then the usual route to Farndon via Saighton (picking up Sara).  The new cafe at Farndon struggled to serve the drinks in order, leaving a few of us quite late, which meant a longer stop than we possibly wanted. 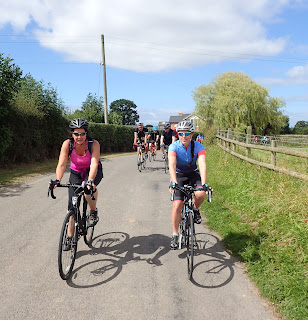 With 20 miles to go to lunch, I tried to keep the pace steady at about 12 mph, but even with a headwind one lady was struggling - she had enjoyed a 60 mile ride on Friday and was still tired (and a little sore) from that.  A few others had left us at coffee also, so that left 11 of us wending our way between Tilston, Hampton, Cholmondeley and Wrenbury, arriving finally at The Farmers Arms. 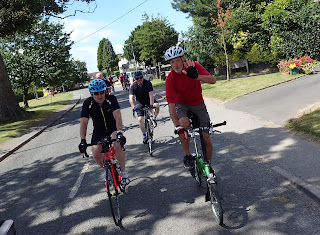 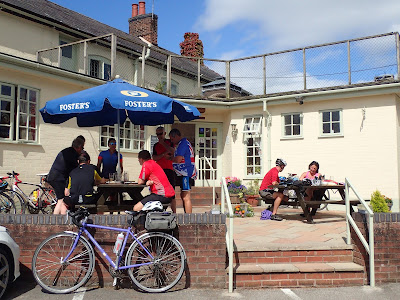 Soon enough we dragged ourselves away, and set off towards Bunbury - arriving about half and hour later - we agreed it was too soon for afternoonsies so continued to see if the new cafe was open at the 50p shop.  It was and it wasn't - open now as the little coffee shop, it shuts at 3:30 on a Sunday.  Onward and upward.

I had been distressed to see that the pile of horseshoes at the corner along from the 50p shop have been removed when we passed on Wednesday - and sure enough they still were not there today.  Such a shame, they were a brilliant secret talking point, and landmark. 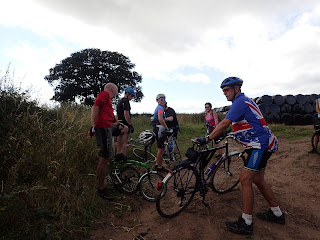 Heading now for Walk Mill (or Okells) Sara instead had a puncture - we stopped in a sandy gateway, whilst people helped with the fixing (about 6 of the fellas gathered around), tried out the Brompton, sat around, or generally chatted.  The first tube seemed to go straight down again, so a third was applied - but we think the first had maybe a misaligned valve which leaked straight out again.  It often takes a bit of detection to identify the cause of a flat, and to be sure it was that reason and not another.  We decided the original cause had been a pothole - leading to a 'snake bite' or pinch puncture. 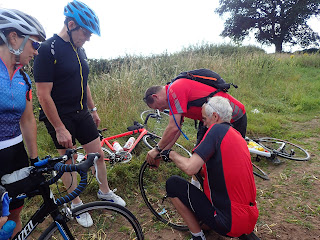 All fixed we continued towards Walk Mill, arriving at 4:45 so just in time - five of us descended through the wheat fields to enjoy coffee and cake, a very pleasant end to the day! 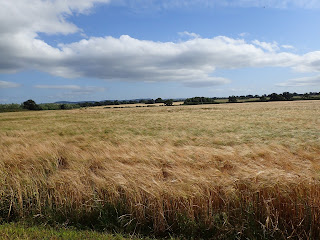 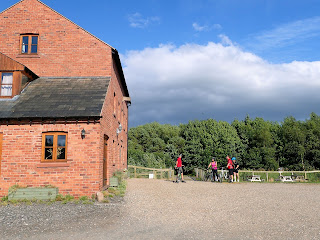 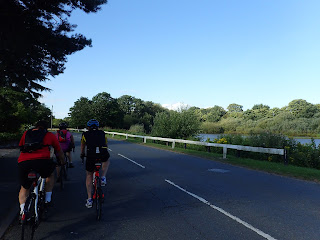