The Raven at Llanarmon yn Ial.

Thank you to Bob for yesterday’s CTC ride, nine brave souls turned up at 9.30am in front of Chester Town Hall under heavy leaden skies. BBC weather centre had forecasted heavy rain and any sensible soul would of stayed snuggled in bed on this Sunday Morning. With the Sunday Papers full of Climate Change news and Sahara sand (article in Sundays Times blaming the pothole crisis on Climate Change) I steeled myself for the ride, sporting my Red Altura jacket, we waited for the off, thinking its high time I invested in a Gore-Tex Jacket. We discussed would it rain and the fact our weather can be very localised!

We headed towards the Cross and the unusual sight of the day a man dressed as a Monk, with a huge Eagle Owl perched on his arm strolling through the town centre. No rain yet!

We headed towards Handbridge - Lache Lane-Cheshire lakes-Dodleston (a few spots of rain)- then a pit-stop at Pulford.  Where nine cyclists became thirteen and a quick water bottle and banana stop, (blue sky, that wasn’t on the BBC website!) Onto Burton Green and pass a hidden pub “Golden Grove?” (a new one on me) then passed a village called “Golly” followed by a long slow Hill climb which took it out of me, however the pack waited at the top for me and some took a “tea” stop.

Forward on through Llay and past a magnificent white building, with Miners Institute written on the front, a bacon butty was high on my thoughts as we whizzed down another hill and then crawled back up. To my final leg, too Alyn Waters Country Park and its Café. The Café was nice I couldn’t complain about the Filter coffee at £1.20 for a huge mug and the sausage and bacon toasty at £2.70 yum, although for those who like a real slab of homemade cake alas this is not the café for you, the staff were friendly and a welcome break for the party of 13 J. 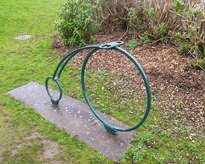 And for some that know me, I do like different Cycle stands so another one to add to my collection;

It was at this point I had to bid them farewell and the hill climbs that loomed for them, as I headed back to Chester, of course myself taking a few wrong turns, but finally ending up cycling through Gresford, Eccleston and finally home [smiley face]

As for the rain only a few spots, saving itself for today and the soaking I got walking back from Morrison’s this lunchtime.

Till  the next Sunday cycle adventure [another smiley face!]"

Dave Browne  writes "Thirteen plucky riders assembled outside the town hall,  despite the onerous forecast, for another trek into them thar' hills with two leaving the ride at Alyn Waters tea stop and three joining the ride en- route. The Alyn Waters cafe was very pleasant and excellent value.

Winding our way through the Welsh lanes, soon enough the inclines appeared and it started to get very warm under the collar!. The forecast was for rain,  which did not materialise apart from the odd light shower which only served to refresh our beaded brows- and the " currant bun" even made an appearance- more than once!

Arriving at the Raven in Llanarmon with time to spare gave some of us the opportunity to sample the fine ales on offer- and also the Malt Whisky ! An identity crisis then ensued- are we Chester CTC or the cycling branch of C.A.M.R.A ?  Others opted for something sweeter from the desert menu. The food and service was excellent with a return visit planned.

Immediately after the lunch stop we were faced with the steepest of today's hills, with the " apple crumble" effect hindering the climb,  second only to gravity! However we were generously reimbursed for our efforts with a long and exhilarating descent through Nercwys. On through Leeswood to take "tea" at the Bridge inn Pontblyddyn,  with return route to Chester via Penyfford and Kinnerton.

Another excellent and memorable ride courtesy of Bob."

Ian writes "It was a good day. 2, 758ft of climbing according to strava. Approx 45 miles. Good pub crawl with 3 rounds at lunchtime and another pub stop and round at 4.30."

(A man of few words, but higher word:picture ratio!)

And Finally, Nosheen shared her photos looking back over Rhosesmor on her way home: 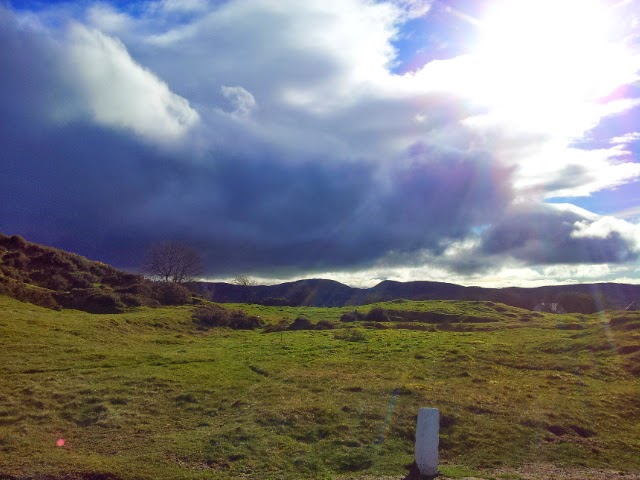 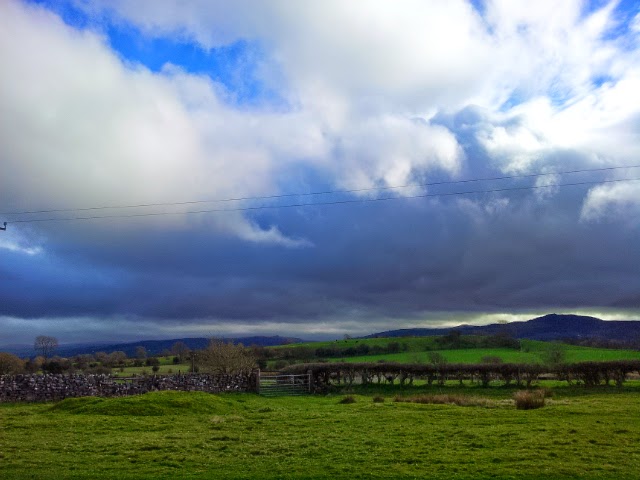 "I took these pictures on  Rhosesmor mountain, I know its not with the group but that's what I left behind the stormy clouds :). I left the Group just before Leeswood, thanks to my mio it got me home. The ride was lovely, food was amazing at the Raven inn. It was a mixture of busy roads by Wrexham and then lovely lanes, some quiet hilly. It was a challenge hilly ride and of course I had more hills to climb on the way home." 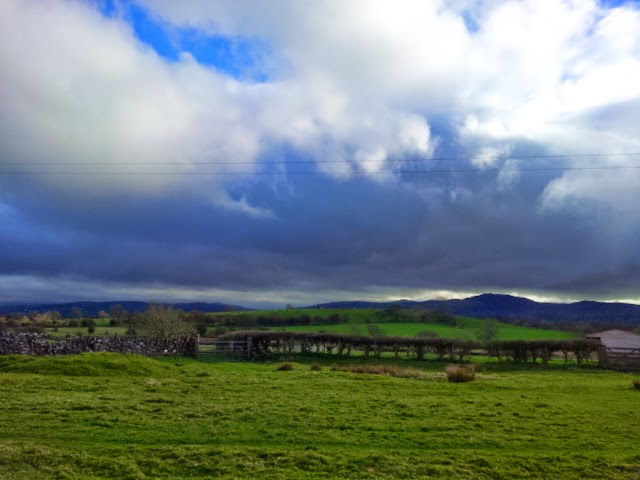 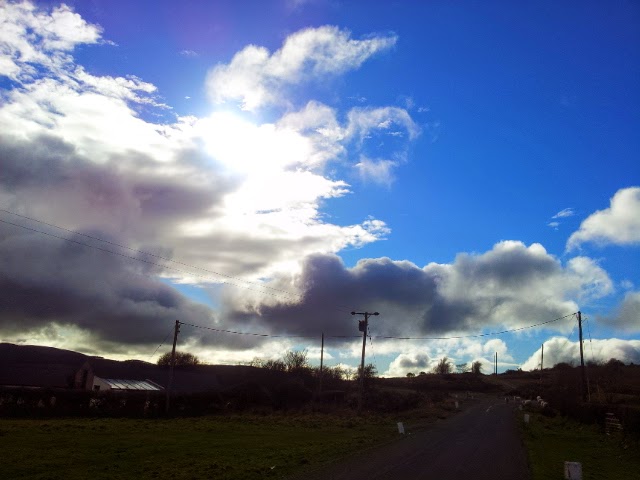 Thank you to all contributions for this blog post!
Posted by Purple Sue at 02:00