Many ideas and discussions take place whilst riding, and also in the social nights we hold.  One point of order was raised by Kath in early 2013, as we passed several take away and restaurants during the winter circuit (unofficial evening rides Oct - March) that they smelled so good, and we just kept riding past.

Last year a few got together and went on the first curry ride to Helsby; this year it was more official.

3pm saw a group meeting up at the piper - I believe they had a little drink under the guise of waiting for me (I was caught up shopping in town) before they set off, and they also admit to calling in to Old Ma's on their way. 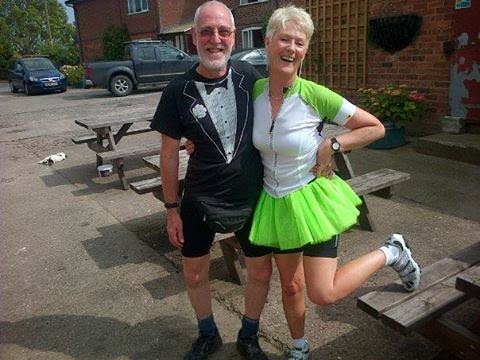 Kath writes: As Stuart had made such an effort last year dressing up for dinner, I thought I'd get into the spirit of things for the 2014 Kurry Ride so having doned a neon-green 80's tu tu skirt and 'Bet Lynch' style jewellry, a contingent of  three cyclists from Kinnerton departed for a 3pm meet at The Piper.

From there three became eight heading off along Hare Lane to Christleton, Waverton and Saighton before skirting Tattenhall for liquid refreshments at Old Ma's.

On we went through Newton and along Crimes Lane, and with Beeston to our right we descended Dean Bank to the A49. On to Eaton and Cotebrook, and whilst approaching Delamere I spoke to 'Buzby' (new name for Richard Bird to prevent confusion with our other Richard) who had enquired as to how we were progressing so I informed him that we were "about 3 miles away and wont be long now" heaven knows why I mistook a sign for Kelsall as one for Helsby!

Continuing on through Delamere to Hatchmere and Alvanley we turned into Back Lane, The Rock, and Robin Hood Lane (great names!) before descending Crescent Drive to our destination.  Two more curry-goers met us there, one was Buzby who had been wondering what took us so long to travel three miles!  [we were!!! - but we had a beer while we waited - Sue]

Some of Kath's lovely photos -

I was quite late and therefore had to cycle directly there - with a small deviation up Dunham Hill and round the back of Helsby (then all the way back along the main road) - I stretched it to about 9 miles and arrived at the same time as Richard, who had driven due to being unable to ride following (car) accident three weeks ago. 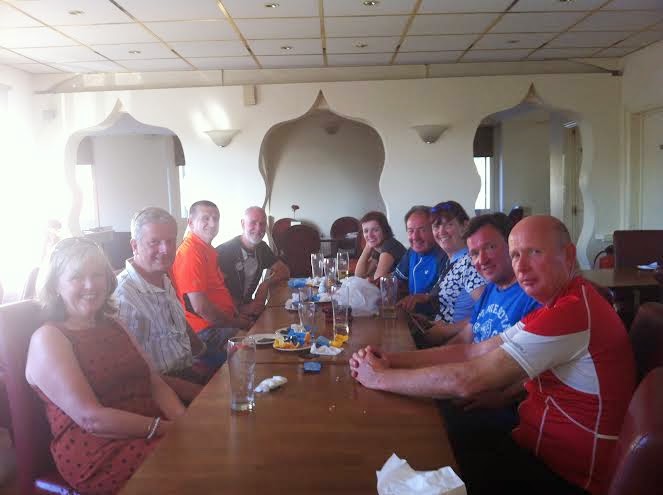 Soon enough the others arrived, and we settled into the table.  The staff looked after us really well, and much curry, ride and naan's were consumed - until we all sat back with big round bellies (it is a good job lycra is quite stretchy!) commenting on how stuffed we were and would not now be eating for a week!


We posed outside in the still warm and sunny evening (OK, maybe not quite as warm now at about 9pm-ish) for photos, whilst Nick tried on Kath's skirt - he had been dying to since they met up this afternoon) and then set off back towards Chester. 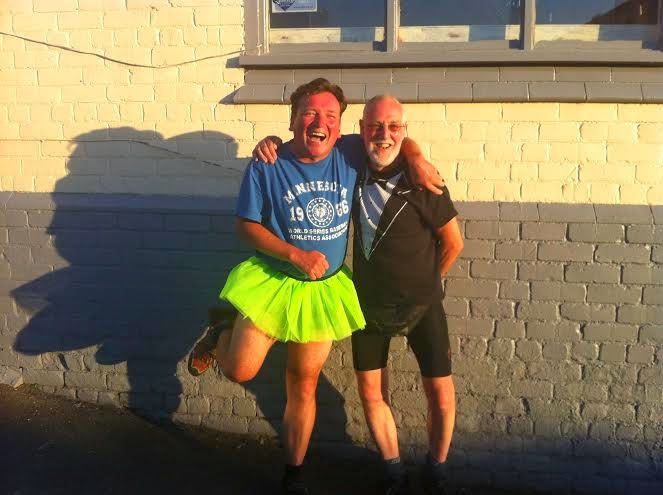 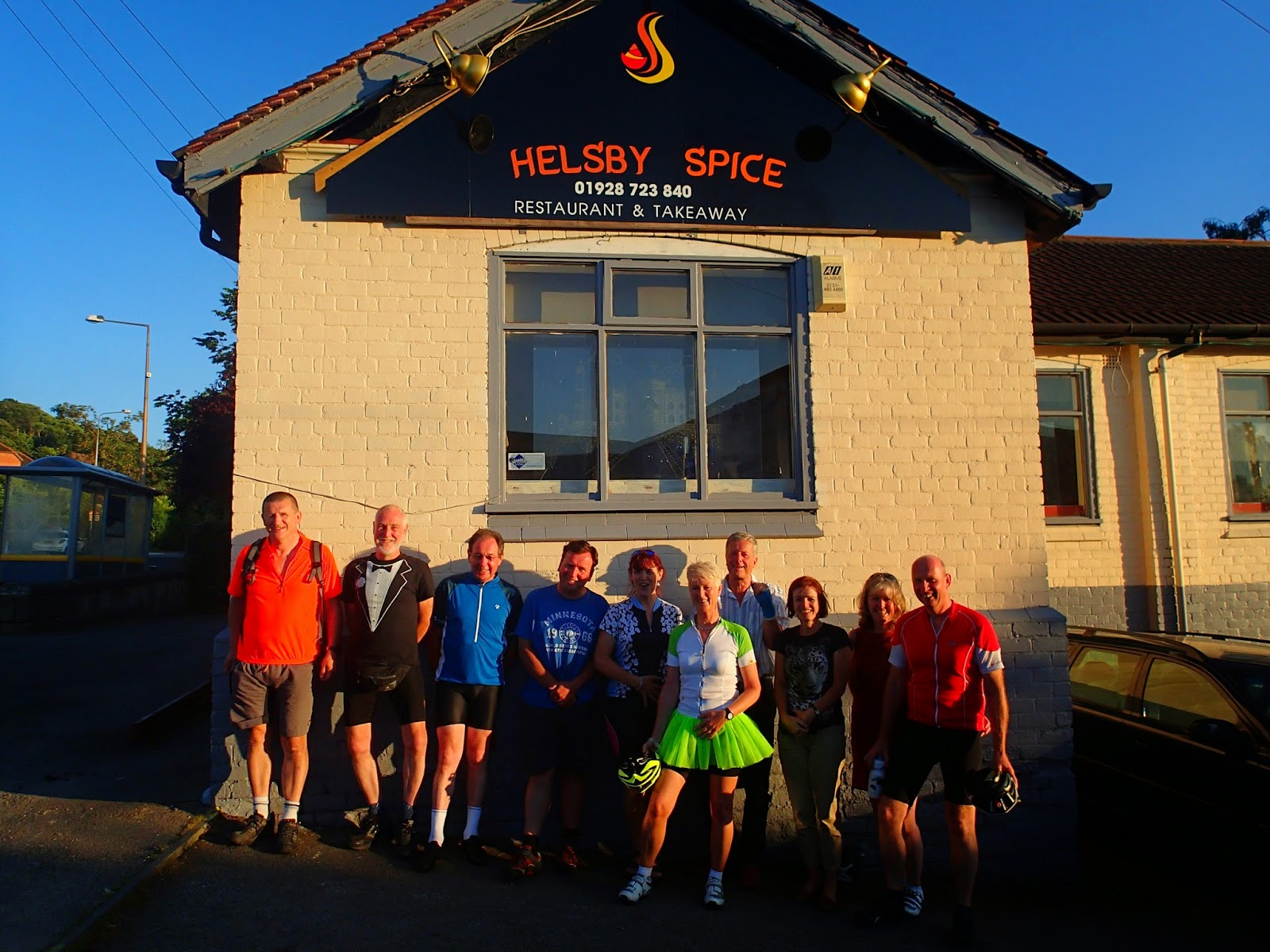 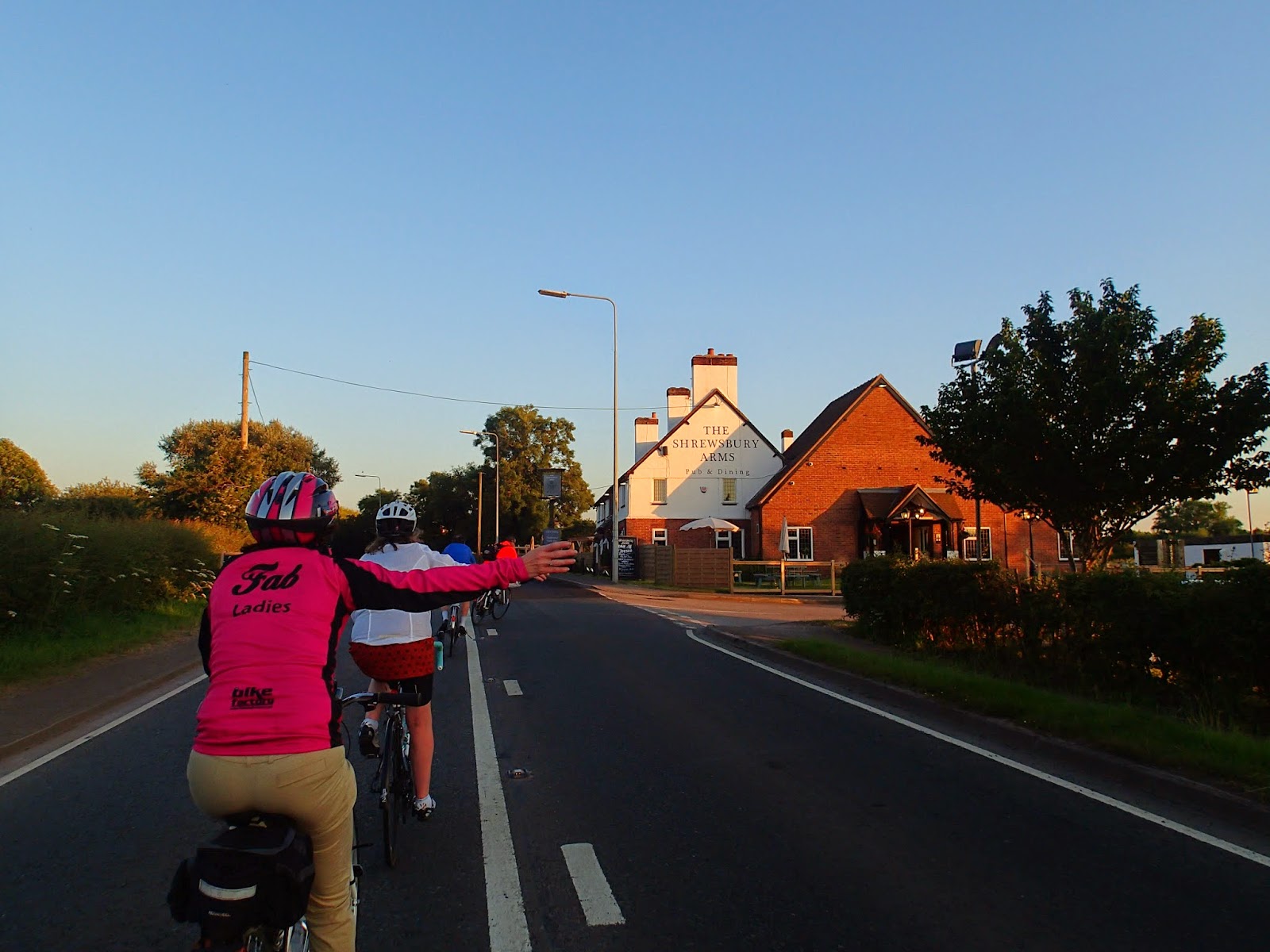 After about 5 miles we called in to the Shrewsbury arms, for a little lubrication, just to break up the journey. 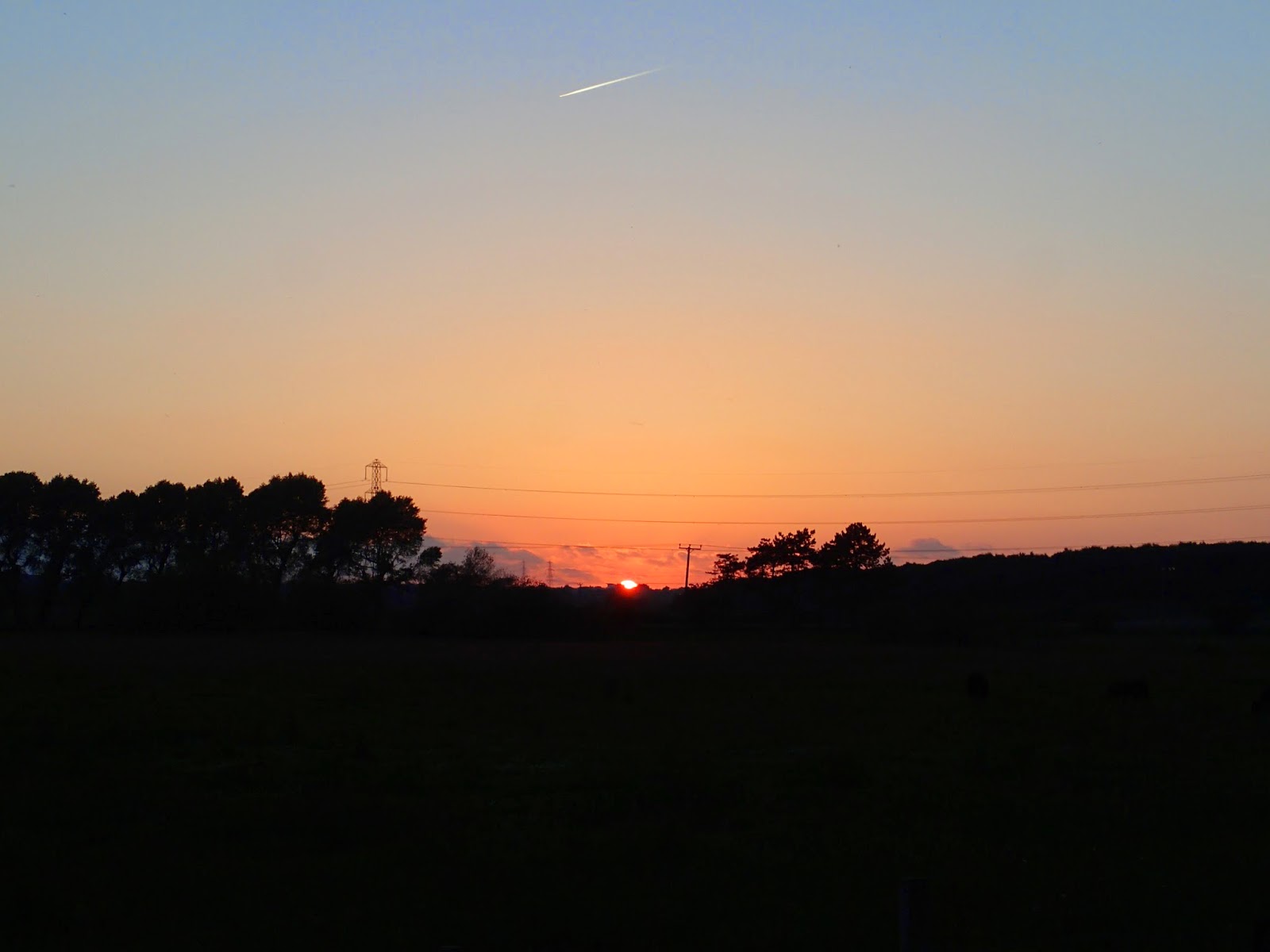 Then we continued into the setting sun on the longest day of the year - the rest continued to the Piper for a final nightcap - I went home so no idea what time they eventually rolled home, probably singing!
Posted by Purple Sue at 07:40