As the rain clouds parted, so a goodly number of cyclists gathered at Chester Town Hall for the February ride.  There is some blue in the sky! 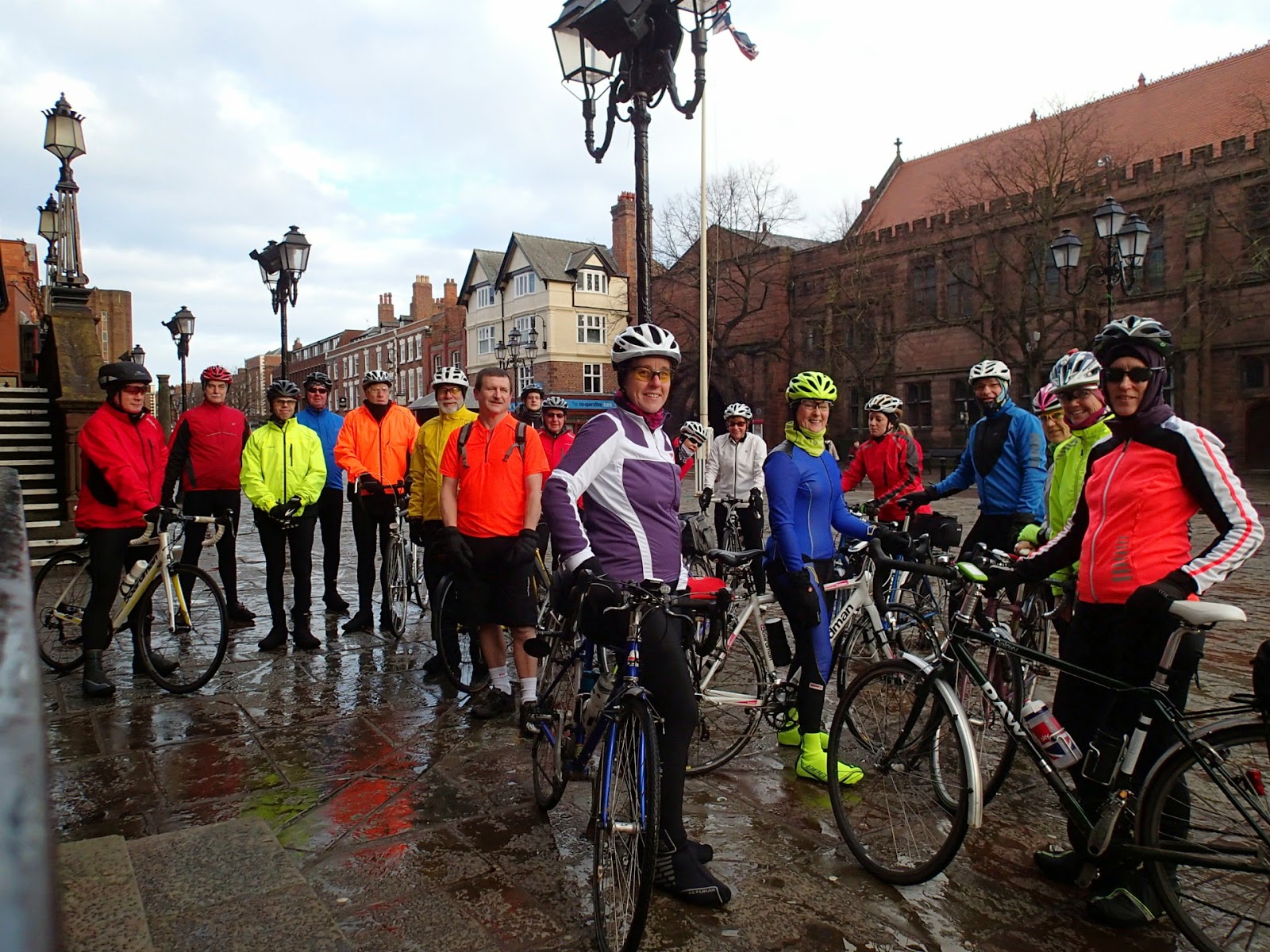 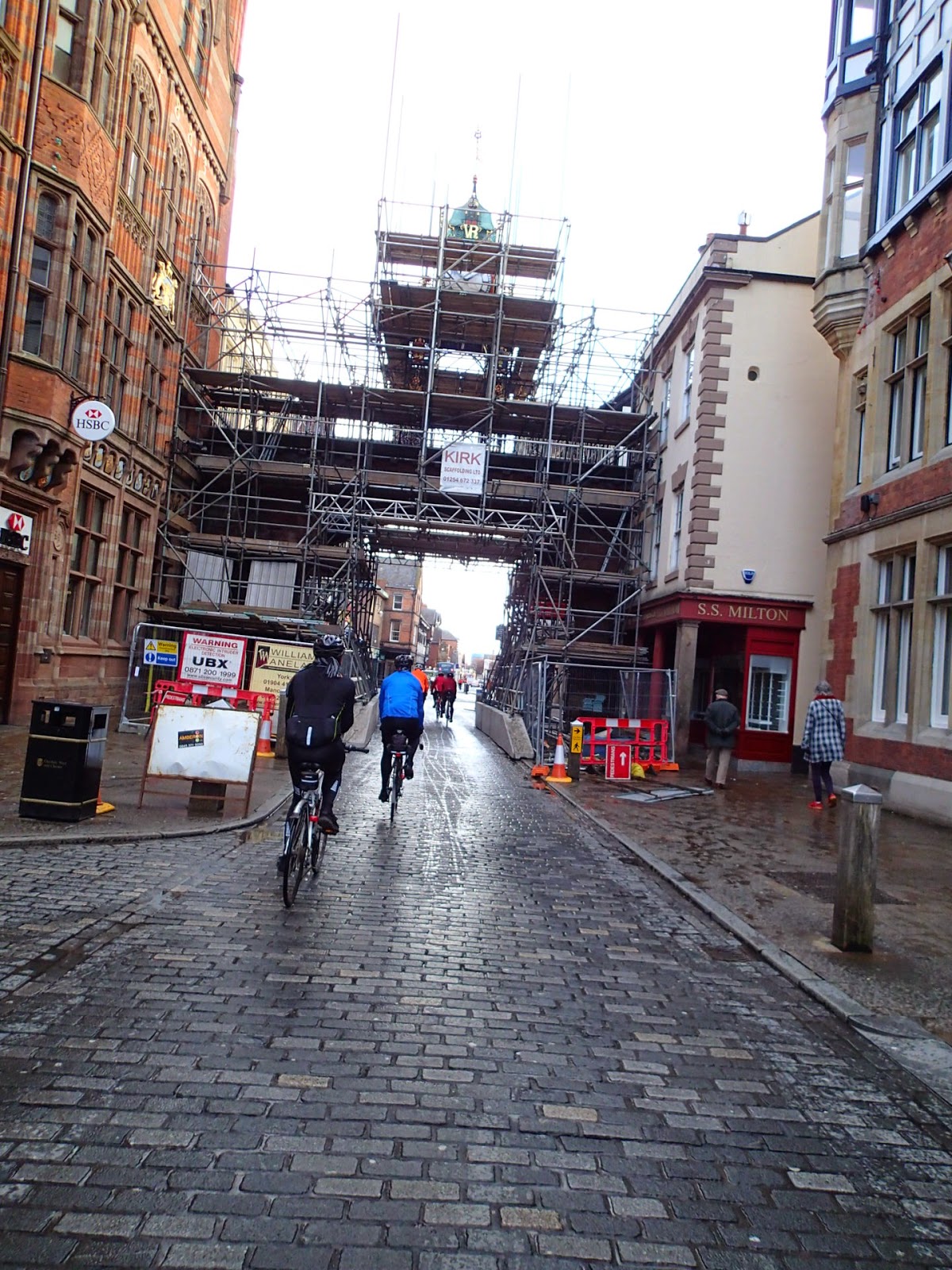 Dave led us through town to the canal, the group becoming a little fragmented until we could re-group.  We
lost Nosheen, who discovered a loose pedal, so had to wait for a rescue and could not join us. 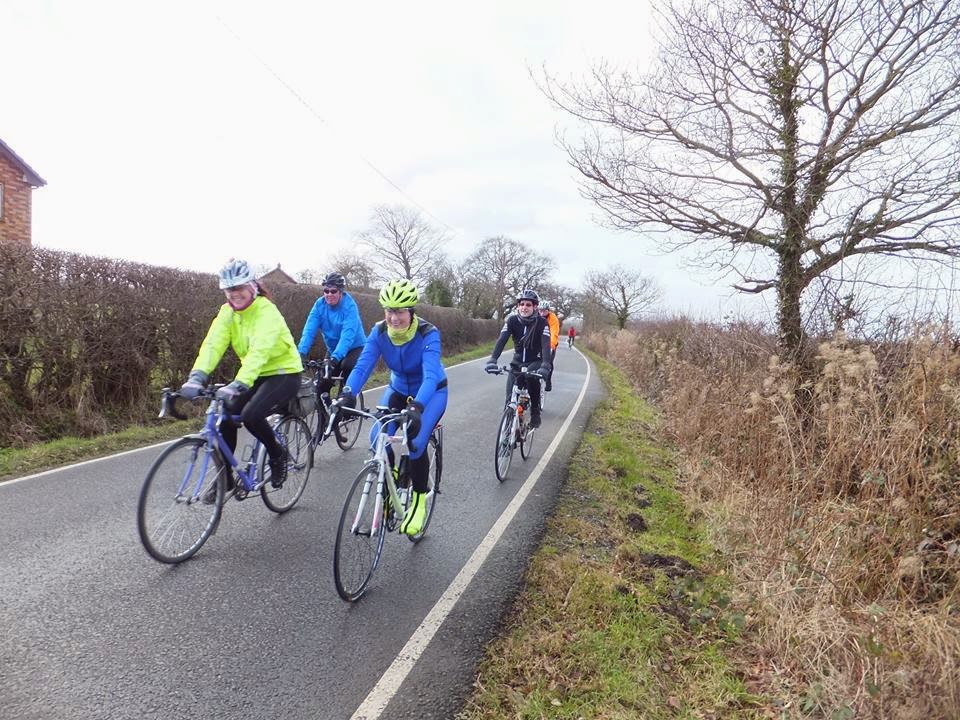 Once in the lanes, there was quite a significant head wind, making life hard depending which way the lane twisted.  We looped past the rugby club and Littleton, to rejoin the A51 nearer to Stamford Bridge, and from there into Barrow.

Arriving at Manley Mere in sunshine, I was unable to stay as I had to collect my daughter, so I bade the group farewell. 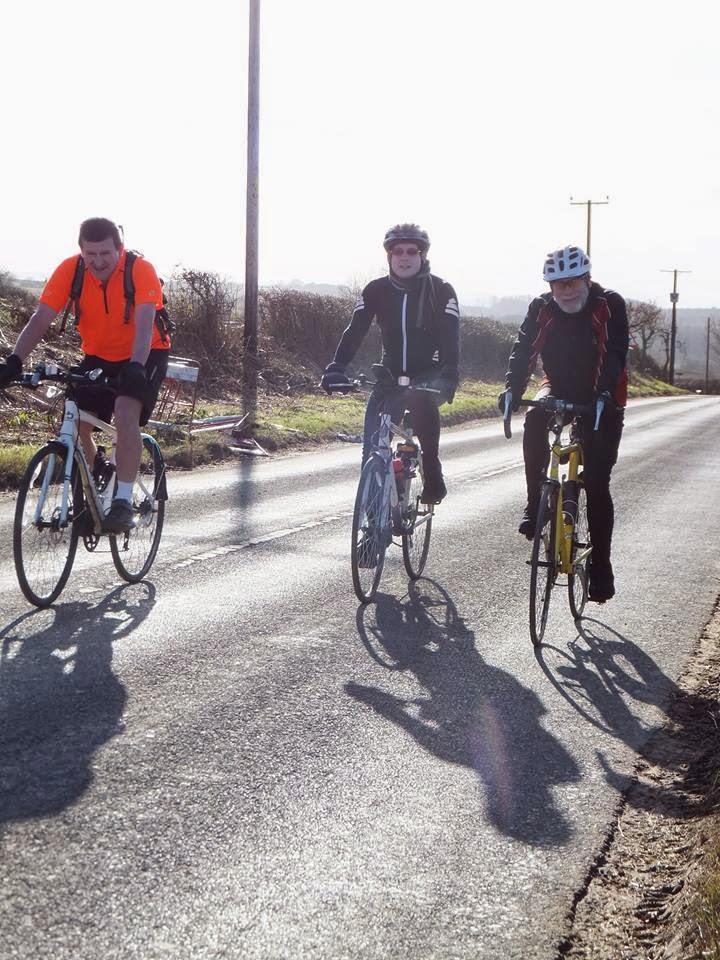 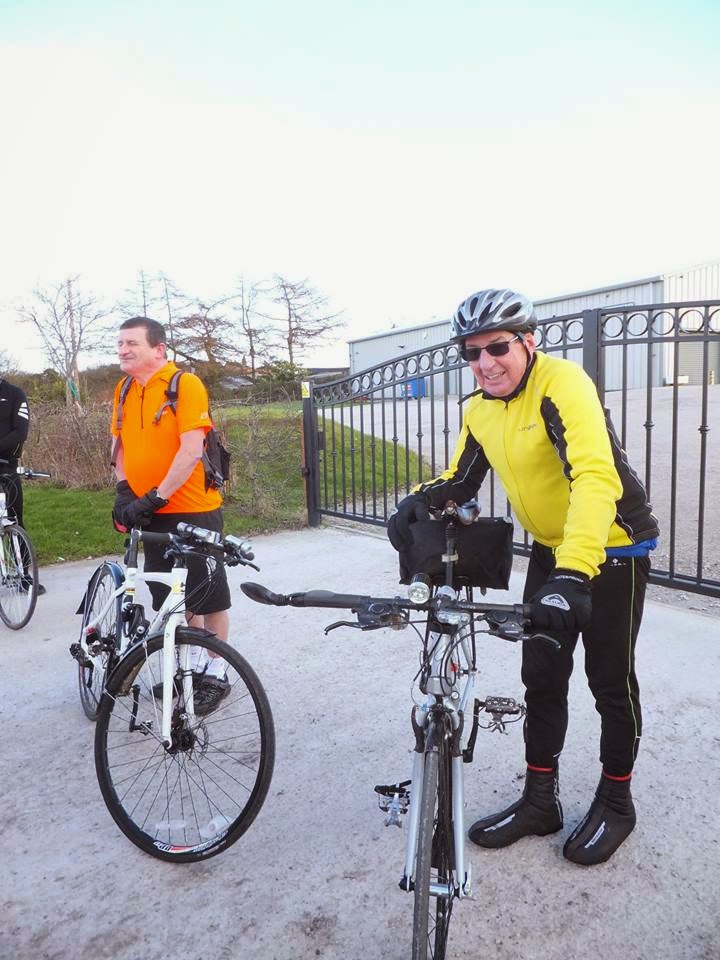 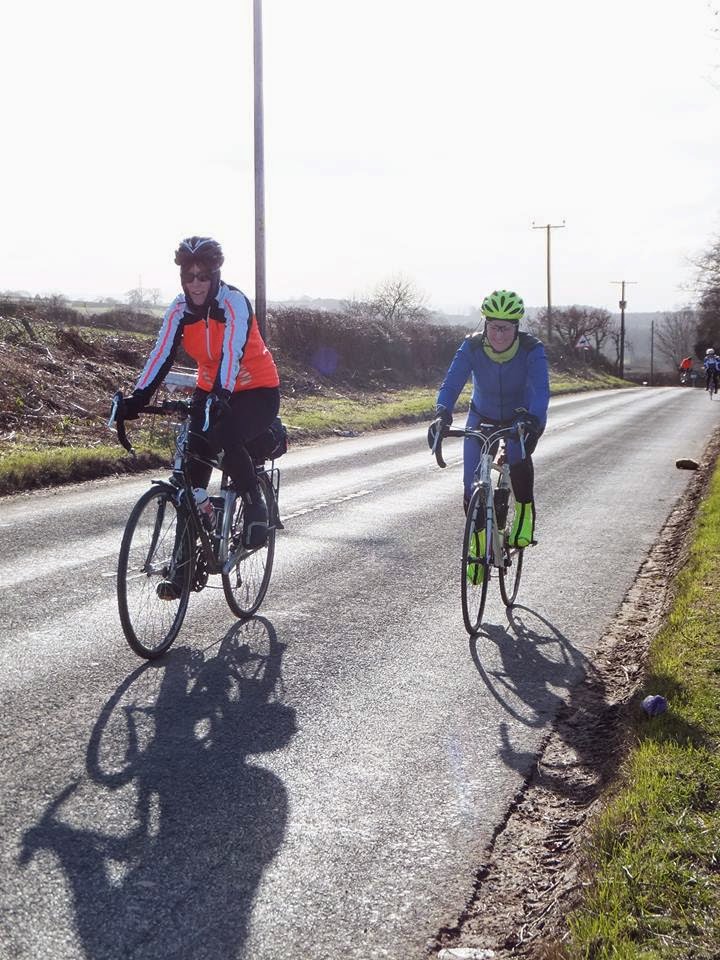 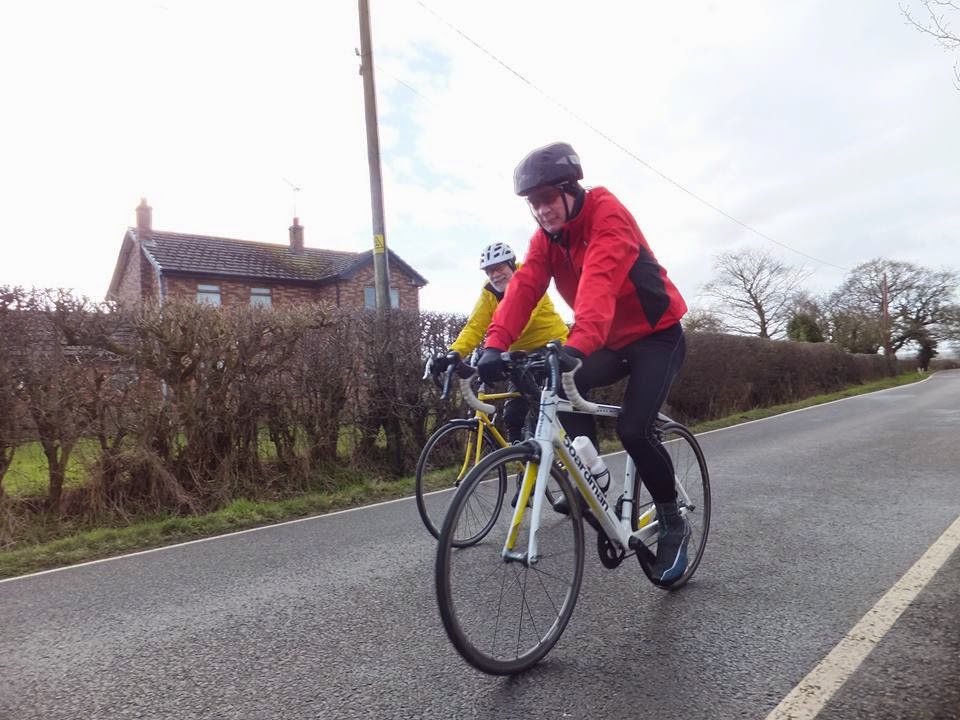 Photos by Ray, unless they are by Sue!
Posted by Purple Sue at 02:00