The Seven Stars at Thornton Hough

Here’s a brief summary of our ride on Sunday.

Eight of us arrived at the Town Hall and set off along the Greenway where we had to ride with care owing to the very large number of runners coming in the opposite direction, unfortunately I don’t know what the event was for, but it was very well supported. 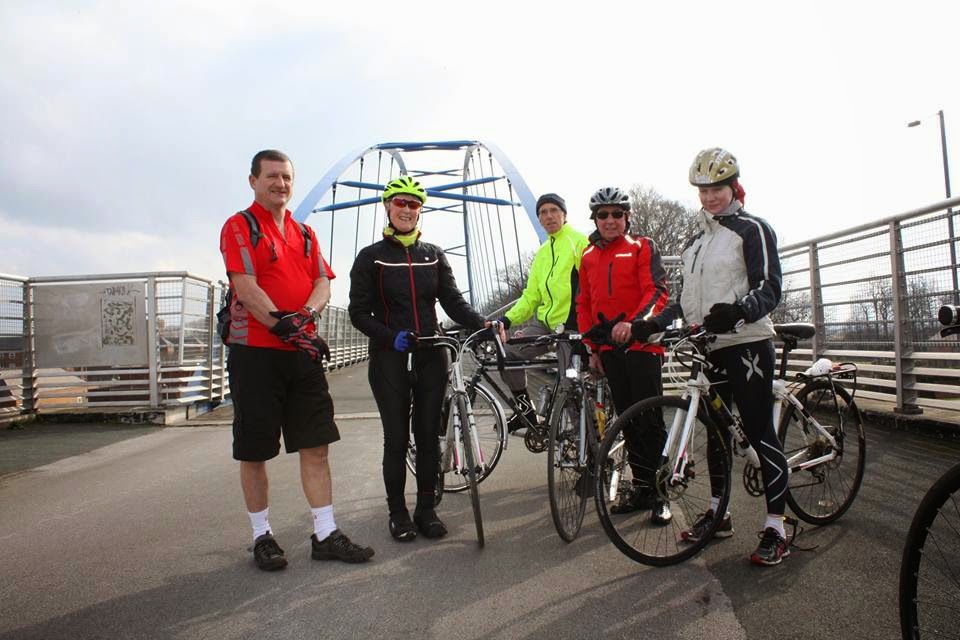 At Sealand we stopped to pick up Nosheen. And Ray who very kindly offered to take the photo’s for us in Sue’s absence, assembled us for the first group shot! 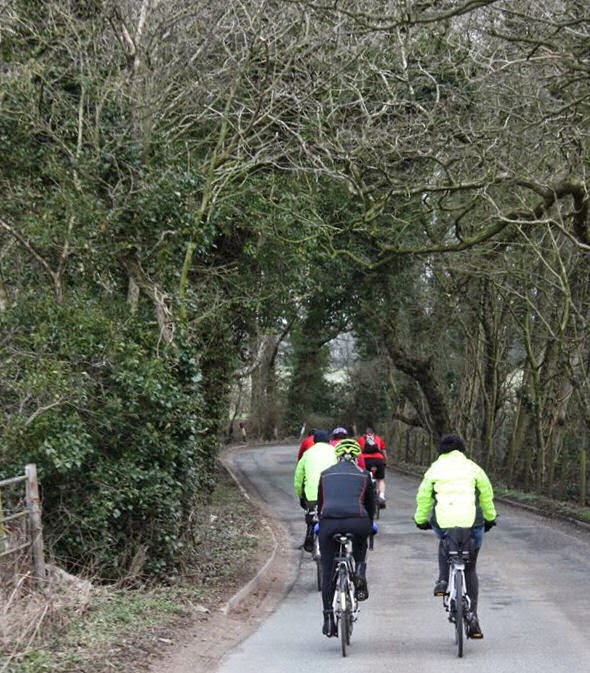 When we reached Denhall Lane we left the Greenway and climbed up into Ness and had the morning stop at Ness Gardens.  Heather left us here as she had to head back and Carolyn joined us. 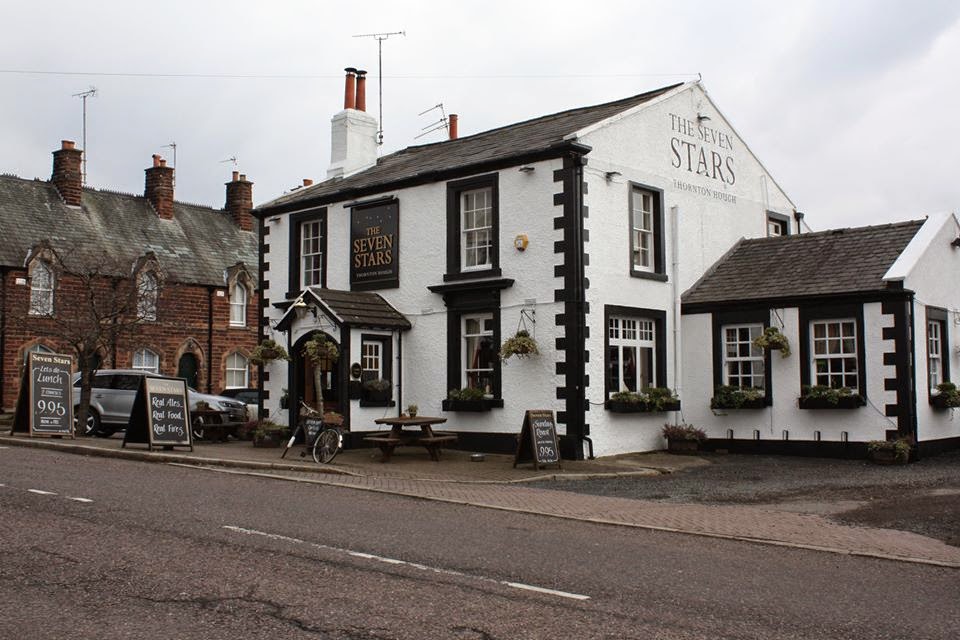 The meal at The Seven Stars was enjoyable and we were not rushed even though it was Mother’s Day! 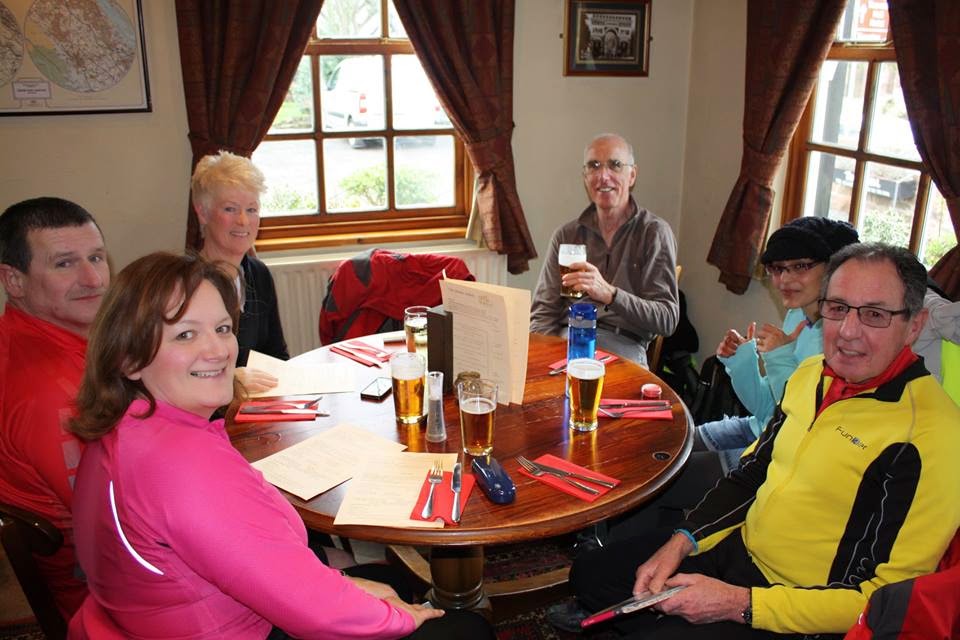 Our ride then went round Raby Mere through Dibbinsdale and into Bebington, followed by quiet lanes through Storeton and Brimstage, picking up route “ 56” to Parkgate. Here a stop was made to enjoy some of  Nichol’s  famous ice cream! 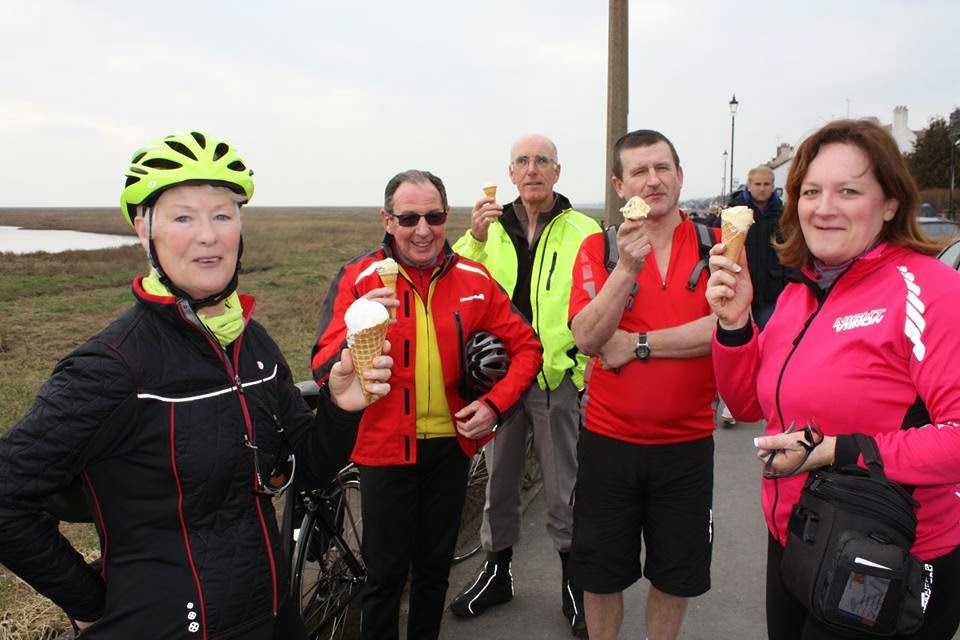 Joining the route again after Neston we had a leisurely ride back to Chester. Weatherwise, it was generally overcast with some sunny spells and light winds.
Posted by Purple Sue at 21:14