The Hare and Hounds at Crowton

So, who looked at the weather forecast for today?

"A weather warning has been issued for the whole of the North West region ahead of the arrival of Storm Freya.  The public is being warned that fierce winds of up to 65mph are forecast, with 'danger to life' and injuries possible due to flying debris.

Damage to buildings, travel disruption and power cuts are also likely.
Storm Freya is expected to hit Cheshire this [Sunday] afternoon into tomorrow morning, with the yellow weather alert coming into force at 3pm"
No.  It just rained.  All day.
But it was not as cold as it could be (OK, not the 20 degree weather we had mid last week!) but add to it hosts of daffodils waving in full bloom, and a whole club turn out in yellow, it was quite a bright cheery day! 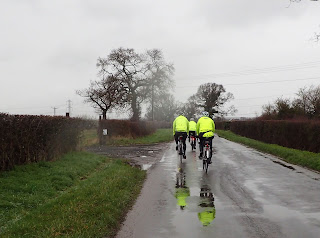 Ian was in charge, and I took up the backstop.  Not many photos as it really was very gloomy! But nice reflections in the puddles!

Morning coffee was at Rose Farm, up a few hills past Willington Hall (which was when Sheila recognised where we were!).  At this point I realised that my waterproof really wasn't, and my top was very wet.  But it was not cold, and I had a spare, so on we continued; persuading the other two ladies that they may as well stay with us for the day, than head home after coffee. 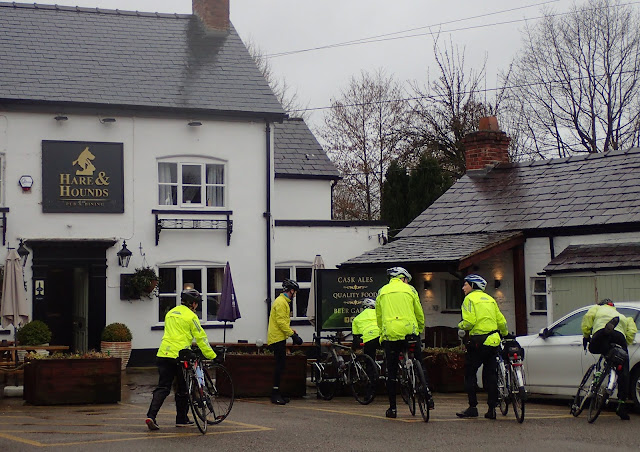 It was nice to ride through Delamere, and out to Norley.  We had a marvellous swoop down a lane with a fabulous new road surface (until the line when the money clearly ran out!)  and to The Hare and Hounds in Crowton.
Very friendly and hospitable, the pub break allowed some spreading of items on a radiator, so my stuff dried out quite well, ready for round two!
Back out and up to Kingsley, but dropping down to Manley Common now it is all downhill home! 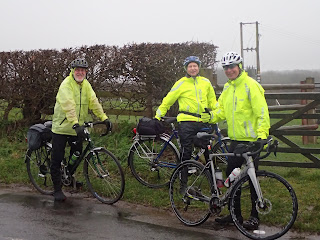 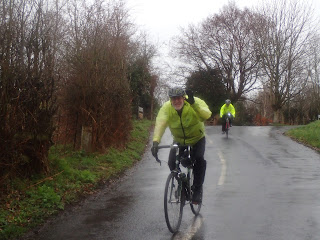 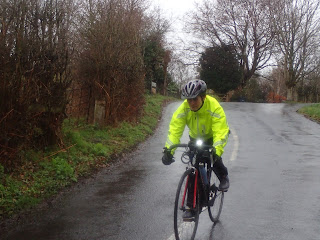 It was a bit bleak, still wet and with the threat of storm Freya, we agreed to crack on and not stop at Manley Mere.
We parted company, and Stu, Sheila and I headed back to Mickle Trafford, where Stu ad I managed some cake at Meadow Lea.  Why not. 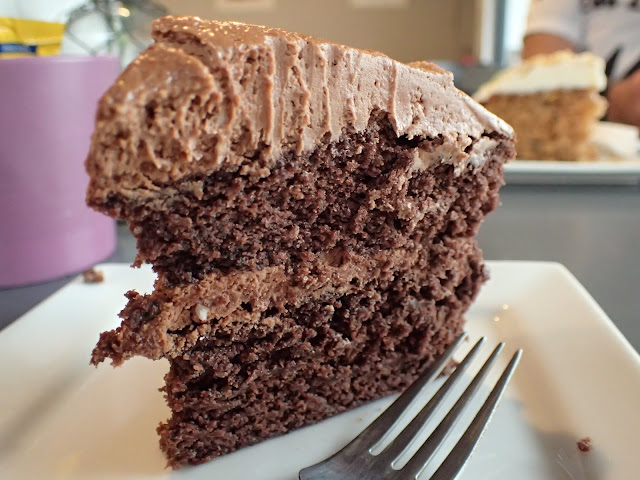 PS I bought a new waterproof online when I got home!
Posted by Purple Sue at 18:30